One morning, Maryam Khalil walked into her office at Forman Christian College and came face-to-face with one of the most amazing creatures she’d ever seen.“I saw a beautiful owl near my cubical,” Khalil told The Dodo. “One of my colleagues had him in his hand. It was the most adorable thing we’ve ever witnessed in an office environment.”

The baby owl had wide, yellow eyes and a downy coat of gray and brown feathers. Khalil had come across plenty of birds during her morning and evening walks on campus, but she’d never been so close to one before.The little owl had fallen from his nearby nest during a heavy thunderstorm, and Khalil’s colleague scooped him up and brought him inside to dry off.

Since it was summer, the office air conditioning was on full blast, so they wrapped the baby bird in a soft cloth to keep him warm.

Soon, the little owl was the talk of the office, and everyone forgot about work. But despite the hubbub the owl had created, he seemed perfectly calm. 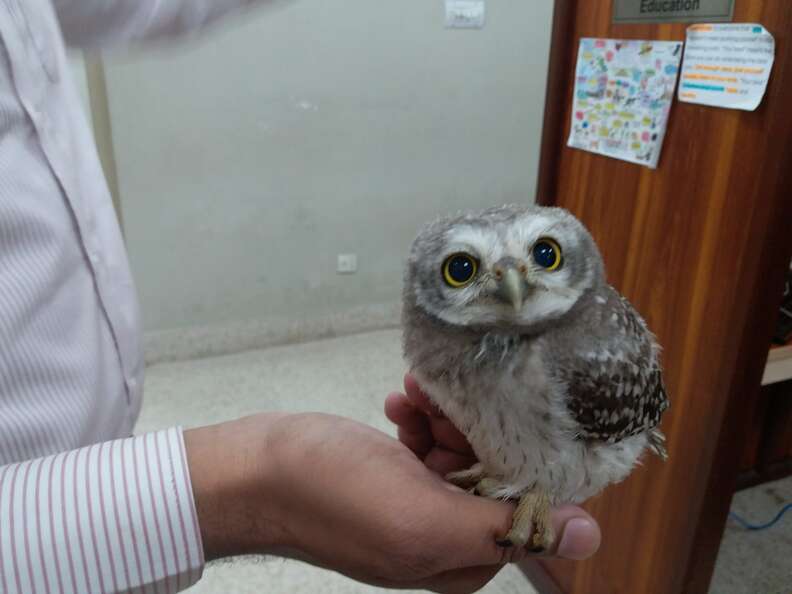 “I put him in a box in my lap when he started looking around with his captivating eyes,” Khalil said. “He slept for a while, and we fed him during the day.” 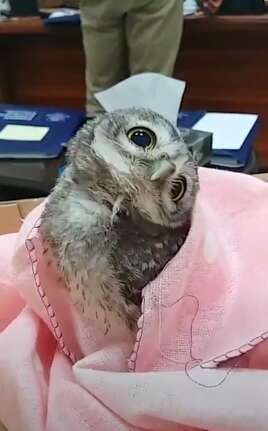 Once the workday was over, Khalil and her colleagues found the owl’s nest and returned him to his mom.

For two years, Khalil didn’t see another wild animal in her office until an adult owl surprised everyone by flying into a lecture hall during an evening class. There was something about this owl that seemed familiar to her. 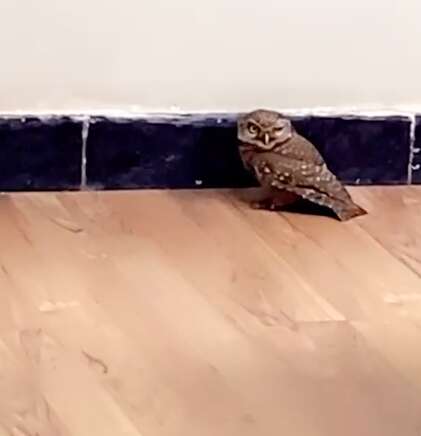 “This wasn’t a baby owl, but he looked charming while winking at us,” Khalil said.

She wasn’t sure if it was the same owl, but she’d like to think the little baby she helped so long ago is still out there living his best life.