On Tuesday morning, a group of students who live on an island in the state of São Paulo, Brazil, were heading to school by boat when something caught their eyes.There, struggling in the water far from shore, was an animal in distress.Alerted to the sighting, and urged on by the children aboard, boat captain Jean Claude Mendes decided to act.

He circled the vessel around to get a better look.It was then he and his young passengers saw that the animal was a wild kitten — believed to be an ocelot — who’d somehow become stranded in the water between the island and mainland.Seeing the boat stop, the tiny ocelot began swimming toward it.

Then, with the help of the kids, Mendes was able to scoop her to safety.

Afterward, Mendes and his passengers carried the ocelot kitten to dry land on the bank she’d been swimming toward. There, with any luck, her mother was awaiting, having reached the shore before her.

Authorities have been monitoring the location in the meantime just to be sure. 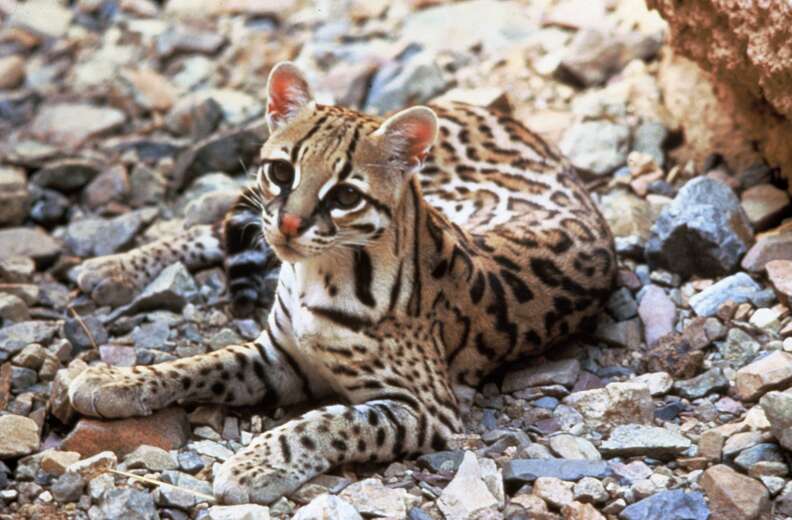 WIKIMEDIA
“The region is the species’ natural habitat and, as it was not injured, returning it in the same direction was important,” Sergeant Augusto of the Environmental Police said of the rescue.

For Mendes and the students, it was occurrence they likely won’t soon forget.

“She was swimming desperately,” Mendes later said. “It was really nice to rescue her with the help of the kids, who helped hold the paddle.”