Zack King always wondered where his cat Billy went when he was outside. The 1-year-old rescue cat comes and goes as he pleases through his flap in the door, exploring the neighborhood.“He’s inquisitive, feisty and confident,” King told The Dodo. “He loves to relax and when he sleeps, he sleeps.

But usually, he’s in and out of his cat flap all day coming to say ‘hello’ before going off to play and explore again.”King assumed that Billy mostly kept to himself, sunbathing and chasing mice. But he soon discovered that his sweet pet was living a double life.One early October day, Billy walked in the house with a folded piece of paper covered in plastic wrap attached to his collar.

King and his girlfriend Olga carefully unwrapped the paper and were surprised to see a sweet note written by one of their neighbors.

It read: “Your cat likes to come visit us when he is outside. He will sit at the door and meow to be let in. It’s actually hilarious and we love him! We have no idea where he’s coming from. What’s his name? We call him Billy. From your friendly neighbors!” 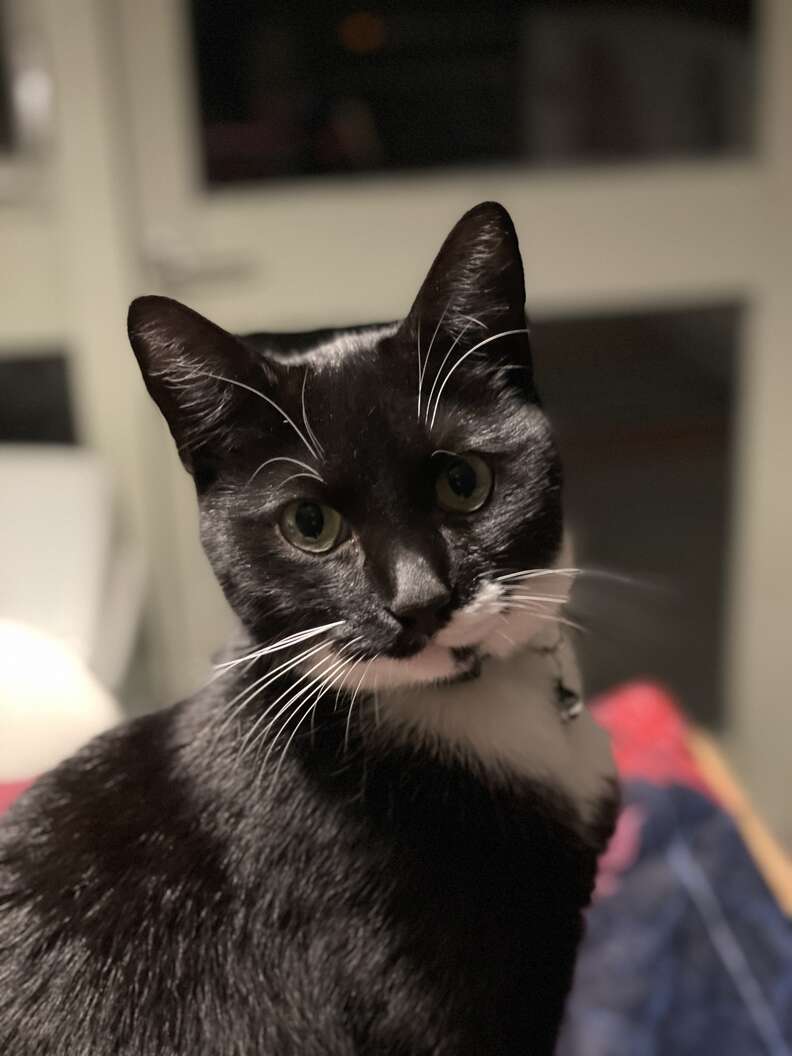 King and Olga were delighted by the unusual communication. “I wouldn’t have thought of doing that myself but was really pleased to receive such a cute note just to let us know that Billy likes to hang with other human friends and is well-liked,” King said.

Olga wrote the neighbors back immediately and attached the note to Billy’s collar. She had no idea who had written the letter or where it’d come from, but she hoped her response would find the right people. 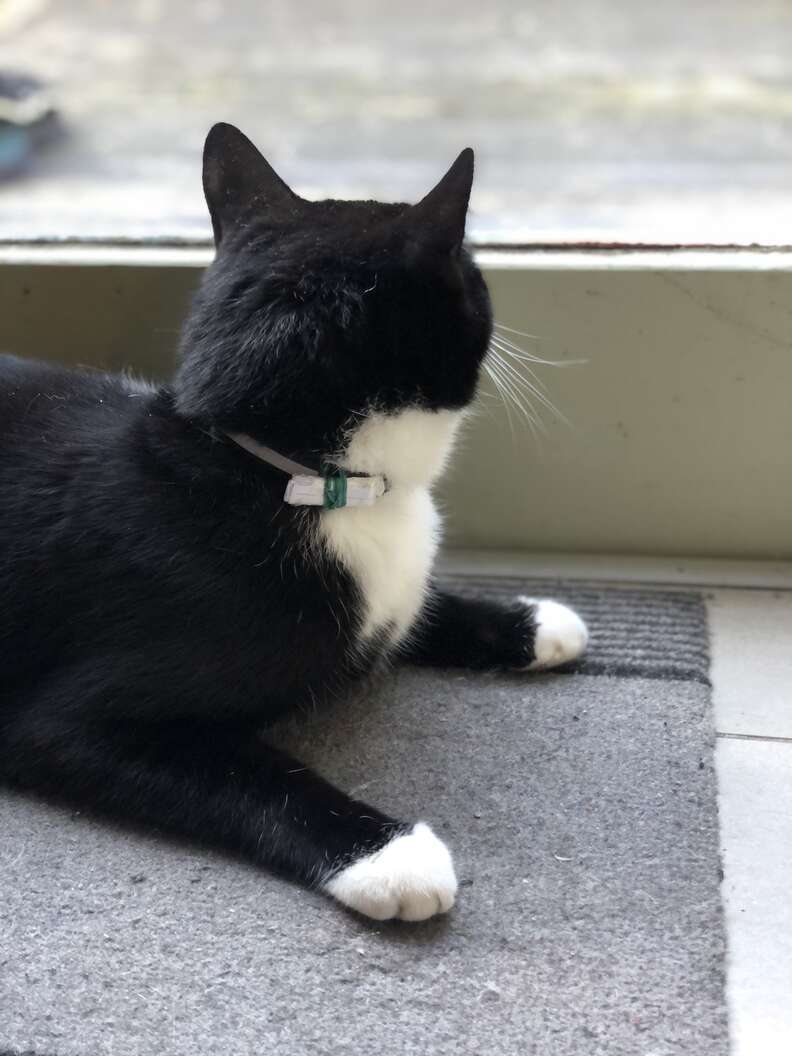 Billy knew just where to go, and the mysterious neighbors wrote back: “Ohhhh! I think our housemate (who is away now) must have seen his tag in the summer. He told me the name! Thanks for the note. Amazed he actually came right back to deliver it! Like a carrier pigeon but cuter … Lots of chin scratches and love for him here! Have a nice evening!” 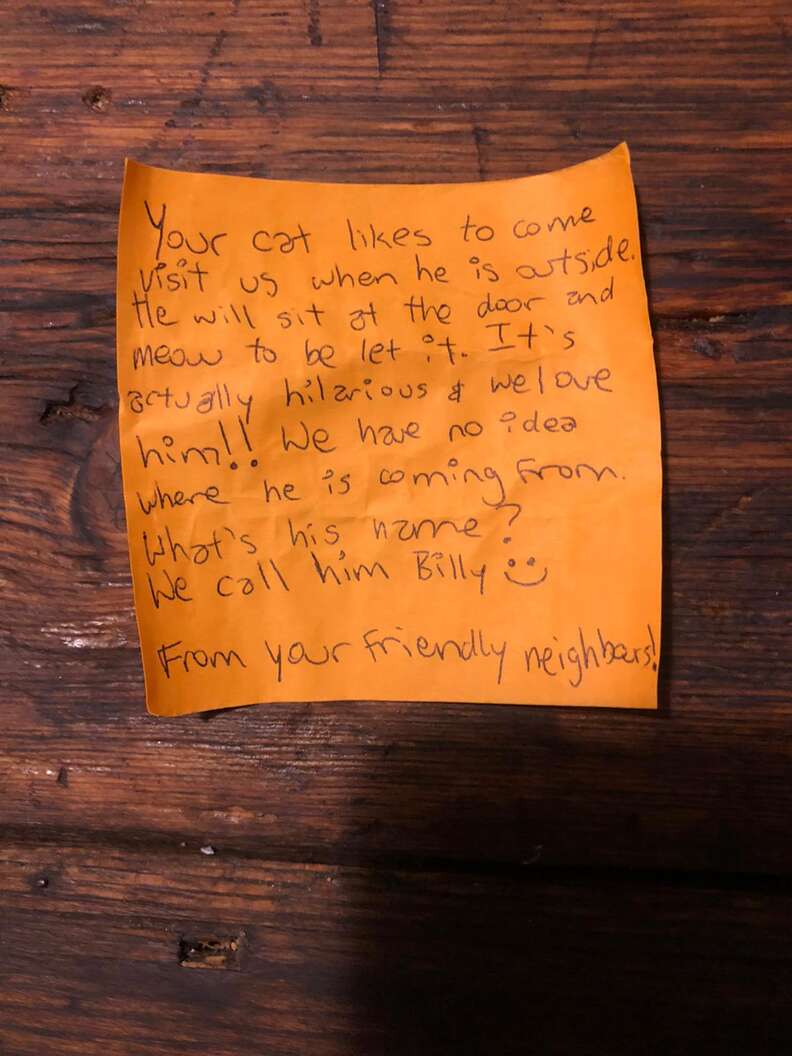 The two neighbors quickly became pen pals, with Billy acting as the mail carrier. Months later, the neighbors have exchanged about a dozen notes in all. 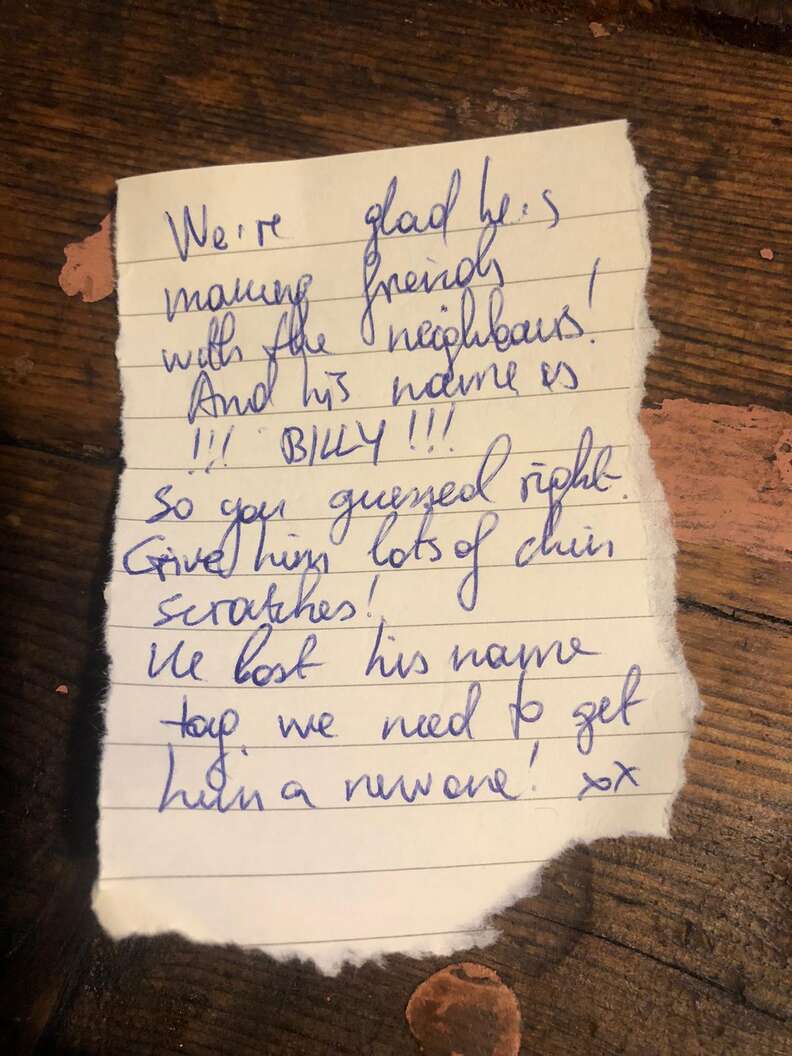 “We’ve shared TV and Netflix recommendations, podcast suggestions and home cooking ideas,” King said. “We have no idea who or where the neighbor is. We could ask for details but [there’s] no need — it’s nice to have some mystery sometimes.” 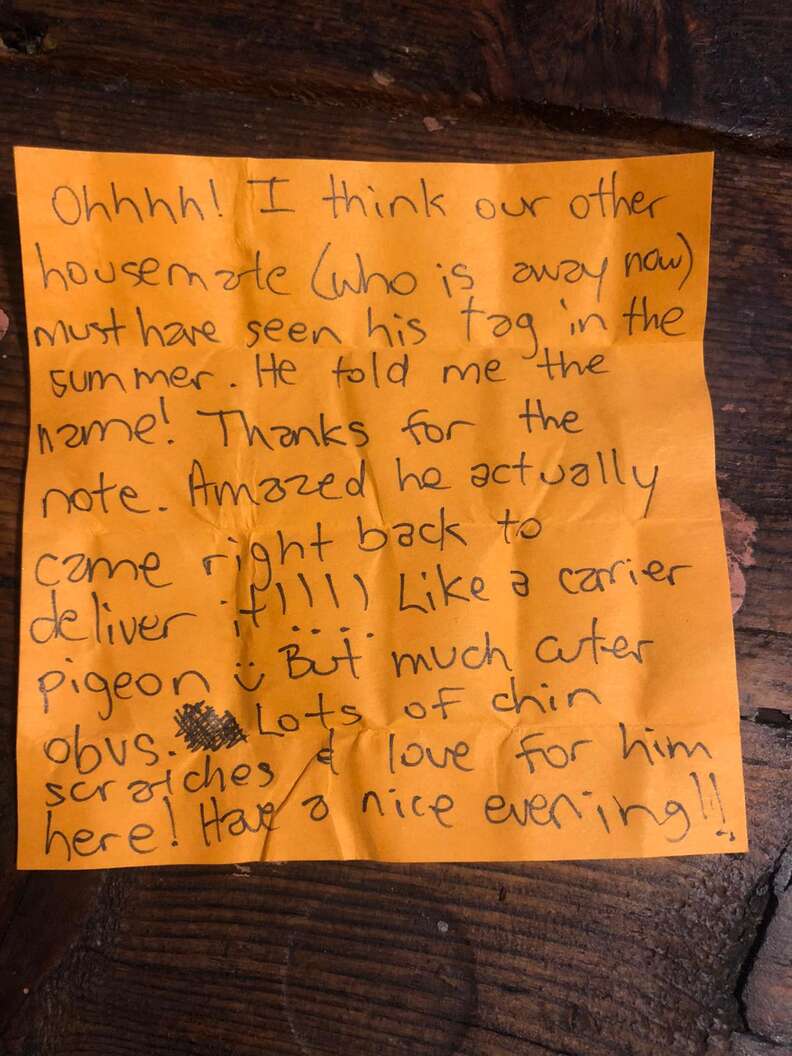 Finding a new friend in a time when it’s so difficult to connect with people has been a blessing for the couple. And they’re so glad Billy has another loving family who gives him attention when he’s out on his adventures. 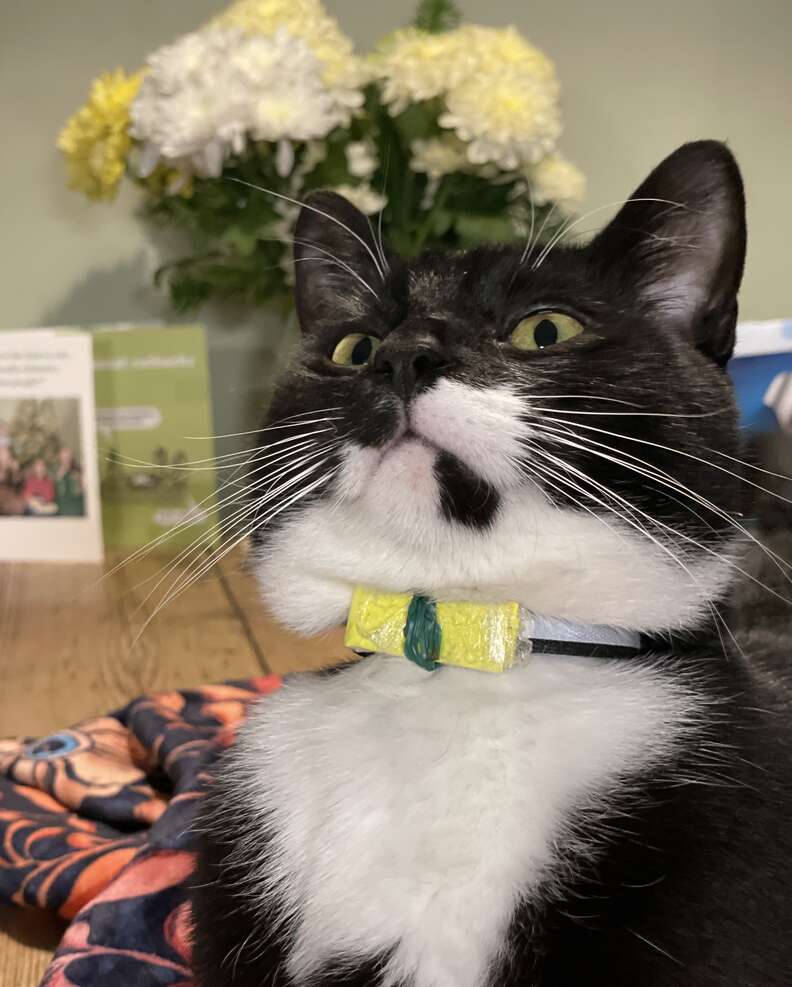 As winter arrived and Billy began spending more time inside, the letters have become less frequent. But it’s always a nice surprise when King finds one attached to Billy’s collar. 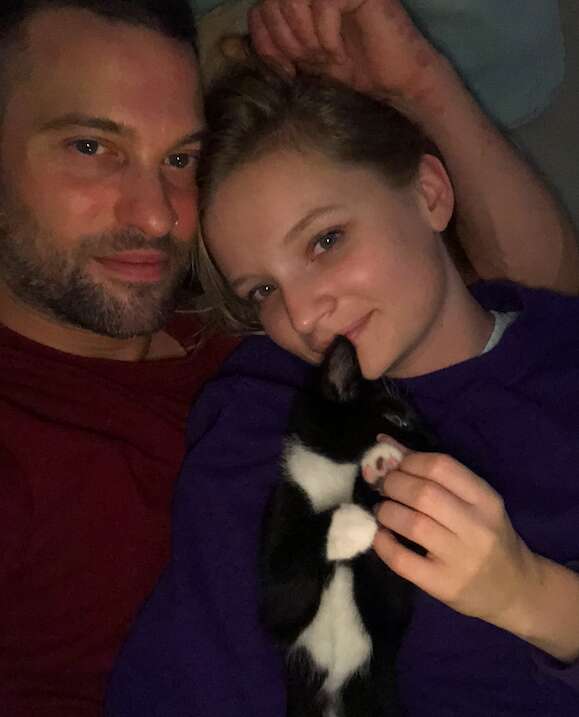 “We were in a bit of a slump as the nights got colder and darker and restrictions and lockdowns kept us at home, so it was a real joy.” King said. “To be honest, Billy’s a joy anyway. But this was something unexpected, intriguing and very welcome indeed!”