The other morning, Maddie Altman stepped out into her backyard in Toronto, Canada, and noticed something unusual. As she rounded the corner, toward her pool, she spotted some puddled spots on the cement. Then she saw wet paw prints.Then she laid eyes on the certain someone who left them — this raccoon.

“His fur was wet, so I thought he fell [into the pool],” Altman told The Dodo.She believed the pudgy raccoon had slipped into the water by accident and, perhaps after some struggle, was lucky to have made it out to dry land on his own — but she couldn’t have been more wrong.

It had been no accident.

When Altman checked by a little while later, the raccoon was back in the pool for another dip. 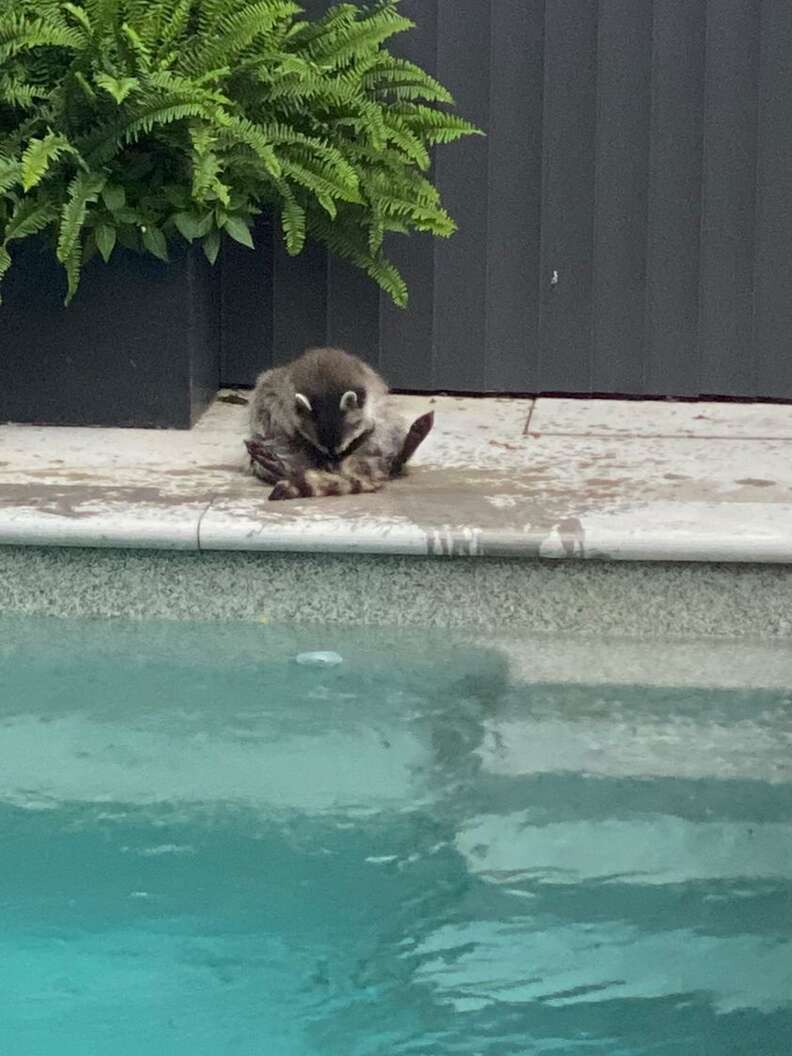 The raccoon appeared to be quite at peace in Altman’s pool, having no problem at all climbing in or out as he pleased.

“He used the stairs!” Altman said. “I thought it was so cute. He was clearly very comfortable.”

Chances are, these won’t be the raccoon’s last visits.

The weather has been rather hot in recent days, so it’s no wonder that a furry raccoon might be looking for a bit of relief from the heat. Sure, Altman could have tried to shoo him away, but why interrupt such an adorable scene?

After all, it’s hot out. She gets it.

“I totally sympathize with being overheated. I was more than happy to let him swim unbothered,” Altman said, adding: “I would welcome him back any time he pleases to cool off.”