The other day, Justin Caffes and a friend were driving near their home in Rochester, Minnesota, when a curious sight caught their eyes.There, on an otherwise quiet and peaceful street, a tense standoff was underway between law enforcement and an unlikely suspect.“I seen a cop car in the road and looked down and seen a chicken,” Caffes told The Dodo.

It was odd, yes. But this was only the beginning.Caffes and his friend looked on as the police officer approached the bird. But the hooligan hen evidently decided she wouldn’t be taken in so easily.She fled.“The cop started chasing the chicken,” Caffes said, noting the hen showed little reluctance about resisting arrest. “She seemed to be having fun getting chased.”

The video ends abruptly, though that’s not quite the end. 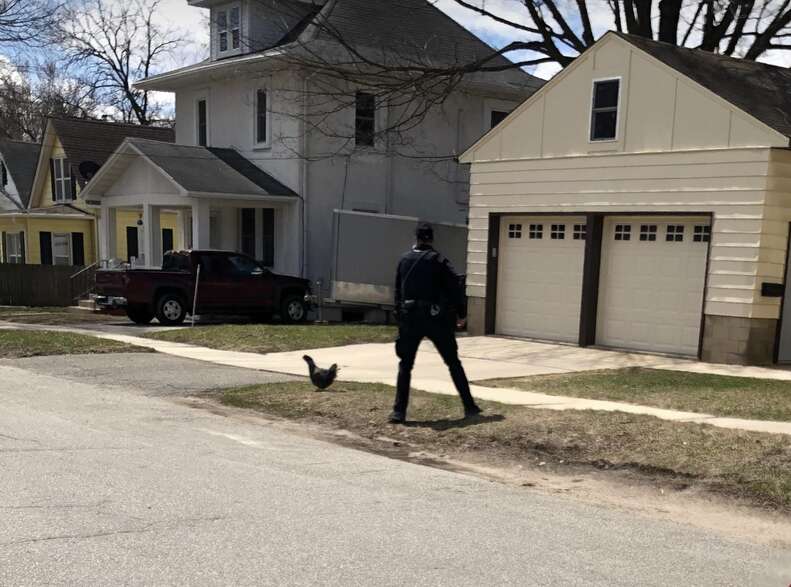 Caffes and his friend decided to help the officer nab the feathered perp and take her into custody.

“After about 10 minutes, a few of us finally caught the chicken,” Caffes said. “The cop was having fun.”

Thankfully, neither the bird nor anyone else involved was injured in the chase.

The chicken was then loaded into a pet carrier and placed into the back of the officer’s patrol car. The chase was over, but backup still arrived. 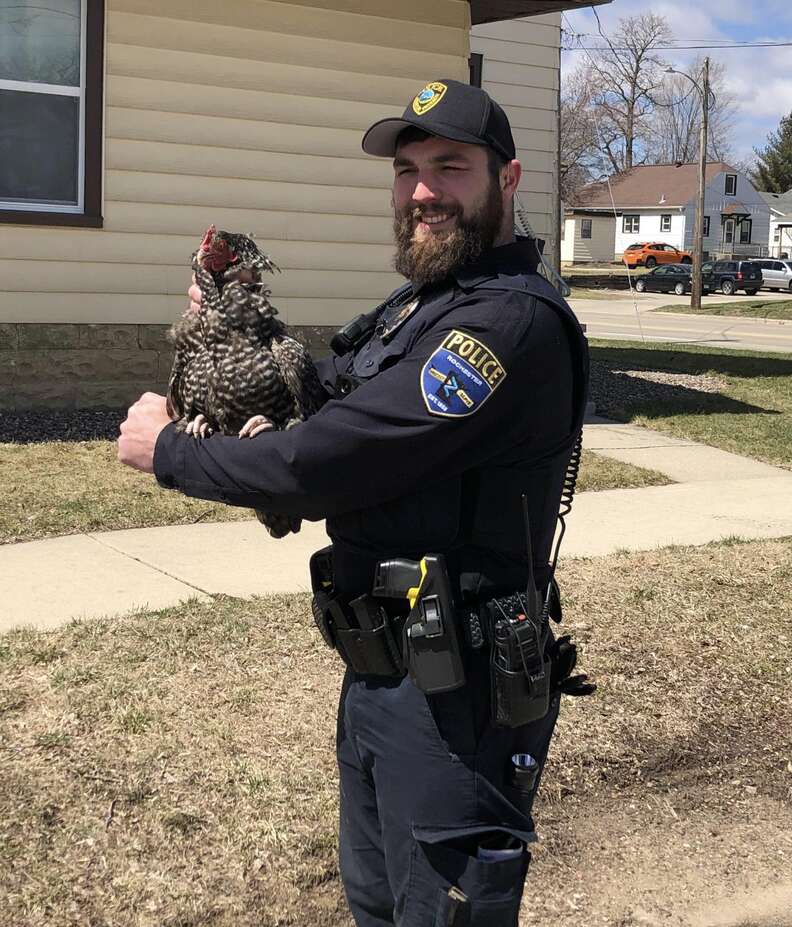 “Five cop cars showed up just to laugh at their coworker,” Caffes said.

Still, it was the hen herself who had the last laugh.

Police were able to track down the chicken’s owners, who live a few miles away, and safely return her. The bird was let off with just a warning, though her being away from home was hardly an accident. 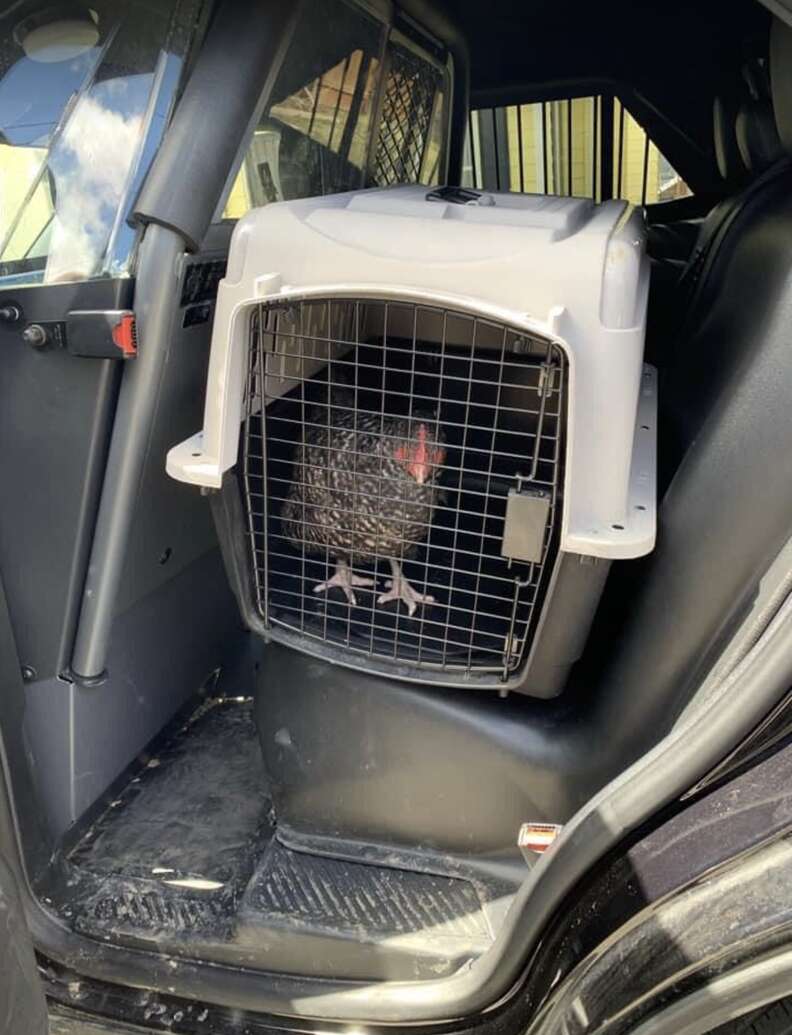 The Dodo spoke to the owner’s neighbor (and sometimes hen-sitter), Zach Piens, who said the chicken’s name is Laya, and that this isn’t her first adventure. On at least one prior occasion, she hitched a ride into town by hiding in the back of his family’s truck, after which she needed to be rounded up.

It’s believed she did the same this time. But with the police having become involved, perhaps Laya has finally learned her lesson.

“I’m hoping this is her last city trip,” Piens said. Runners Help Rival After She Collapses Near The Finish Line