The other day, New York State Trooper LaVonte’ Lee spotted something in the middle of a busy road in the city of Ithaca.It was a pair of baby squirrels in need of help.Lee knew he had to stop.After Lee carried the squirrels off the road, they weren’t particularly eager to leave their rescuer’s side.

Instead, they remained perched upon Lee’s arm.The baby squirrels had found the perfect person to help them — and they seemed to know it.“Lee swooped in to save the day,” the police department wrote. “Looks like he made some new friends.”Often, when baby squirrels are found on the ground, it’s because they’ve fallen out of their nests.

In such cases, experts say, the best thing to do is to put them back. 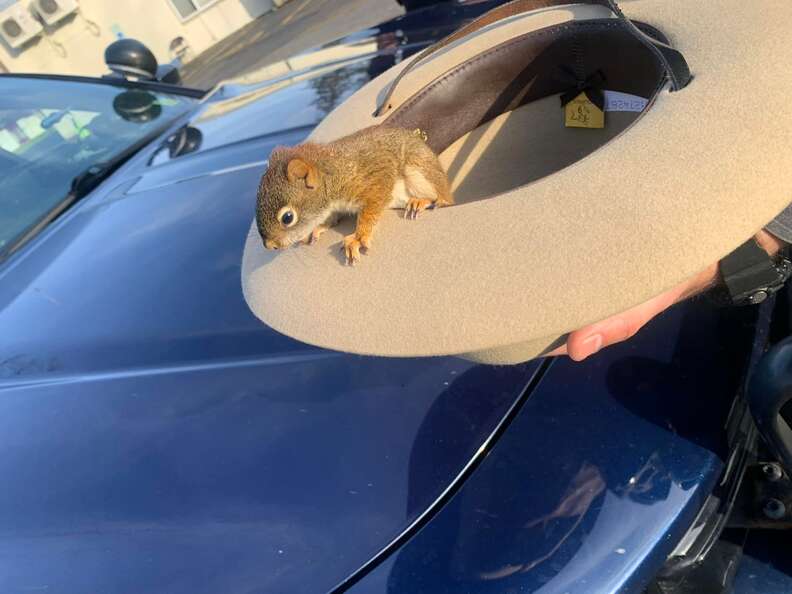 And that’s exactly what Lee did. 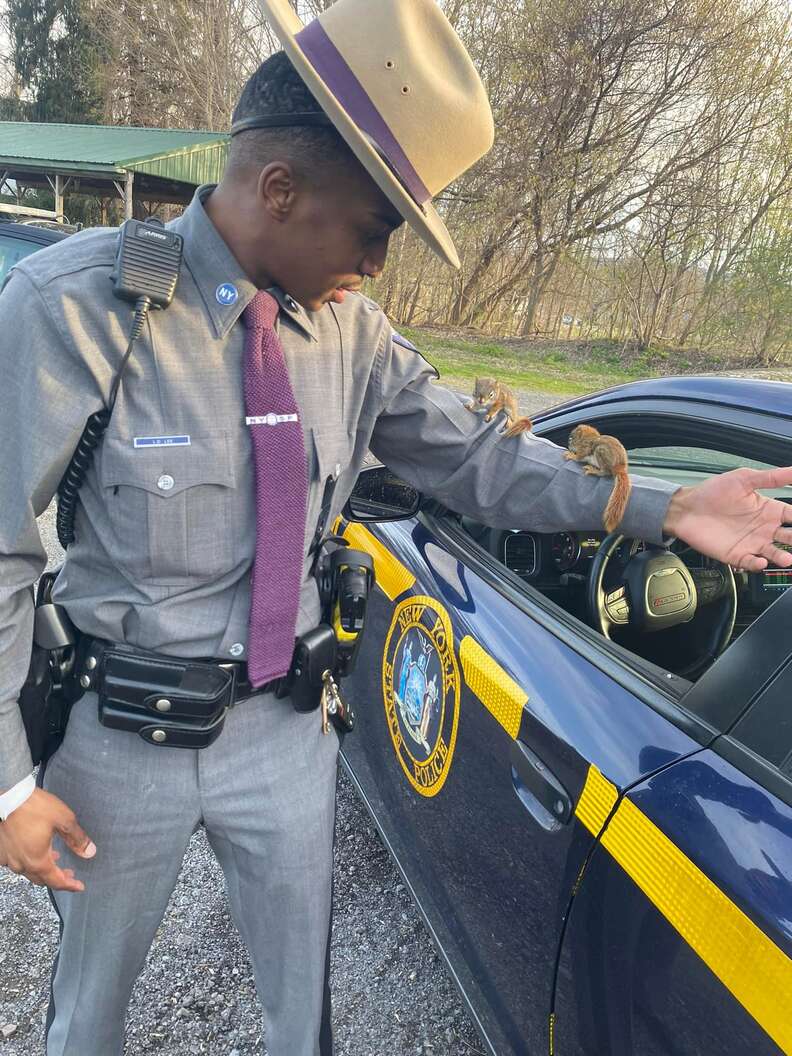 In a nearby tree, Lee located what appeared to be the squirrels’ nest. He placed them there for their mother to find them.

It was a call to duty that Lee likely won’t soon forget. 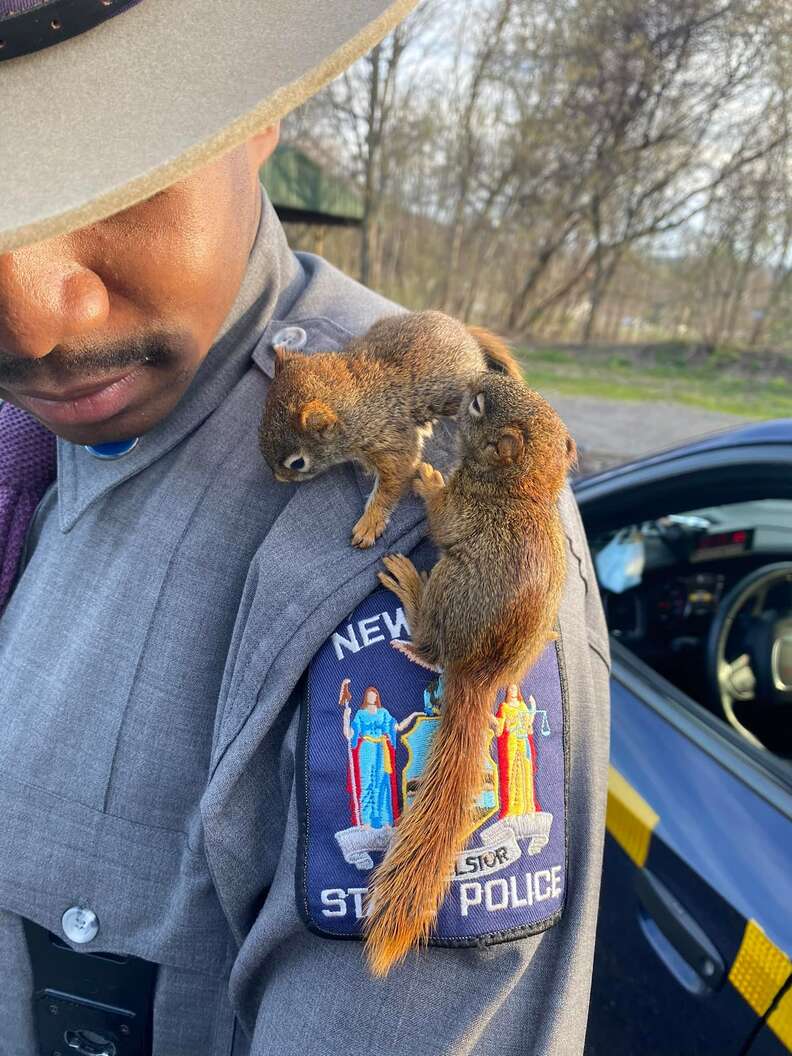 For his actions that day, Lee has received a well-deserved outpouring of thanks online and from his fellow colleagues on the force.

“One of the core values of the New York State Police is to protect life and property,” a spokesperson for the police told The Dodo. “No matter how large or small. 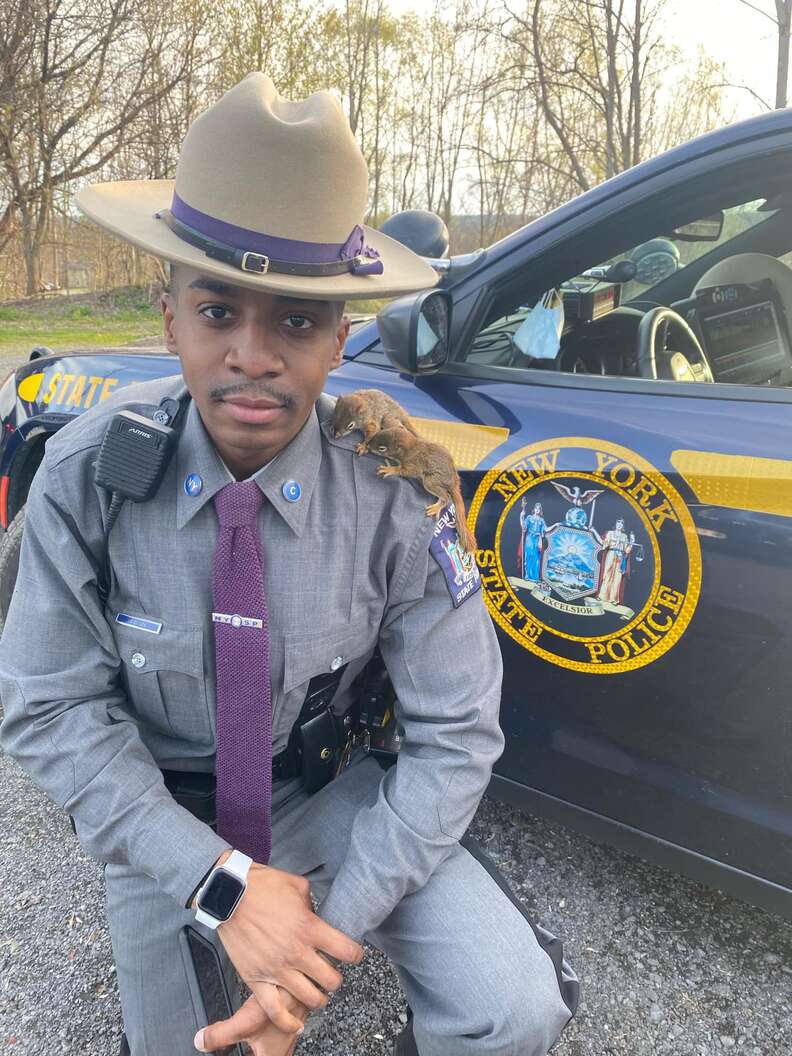