When the couple who owns Ascension Acres first went to tour their new home, they noticed a pair of ducks swimming in the pond. They assumed they were wild ducks and didn’t think much of it. They decided to buy the property and were super excited about it, and after they’d signed all the papers, that’s when they learned the story behind the ducks.

“We did not know that they were considered domesticated pet ducks until we were at the final closing and celebrating the purchase of our home,” the crew at AA told The Dodo. “At the closing, the old owners told us that their names are Donald and Daisy and that they are there to stay.”

And just like that, the couple were the proud owners of a new home — and an adorable pair of ducks. 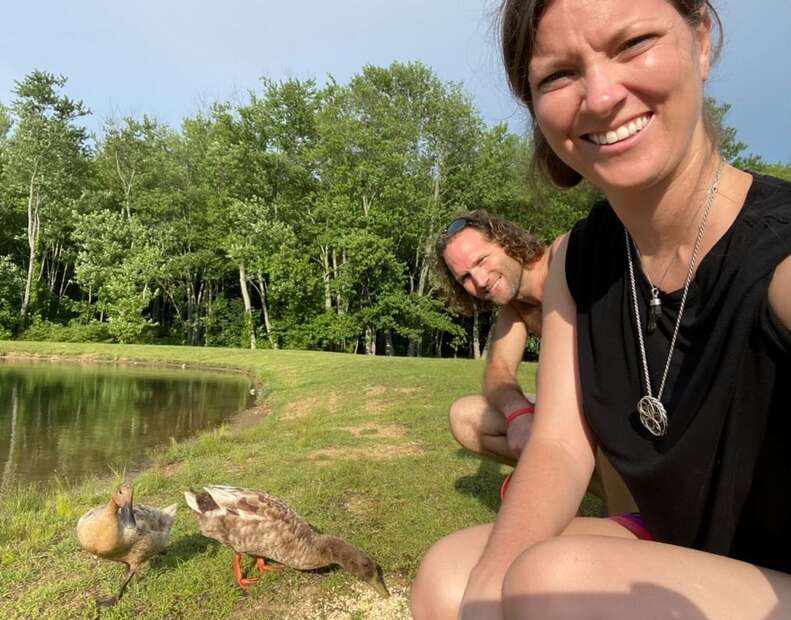 ASCENSION ACRES
From the very beginning, Donald and Daisy seemed pretty pleased with their new parents. While they don’t like to be touched, they always run up to greet the couple and were very eager to welcome them into their home.

“They both seemed pretty calm around us from the beginning,” the crew at AA said. 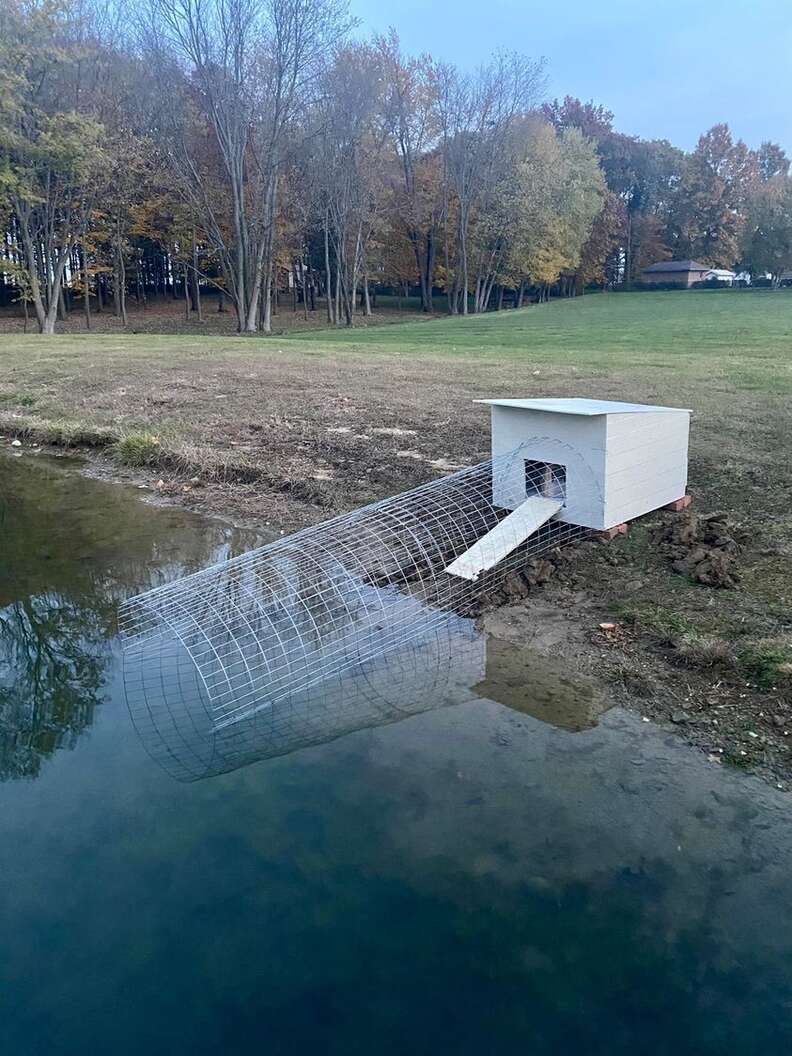 ASCENSION ACRES
They wanted to make sure that Donald and Daisy had the best life possible and did a lot of research on how to make that happen. During the winter months, they wanted to find a way to keep the ducks safe and happy, and they came up with the best idea.

“We live in Indiana and have freezing temperatures, snow and ice,” the crew at AA said. “We love Donald and Daisy, and we want them to be safe and comfortable. We read that it is best to provide ducks shelter from the cold winds, so we decided to build them a little home.” 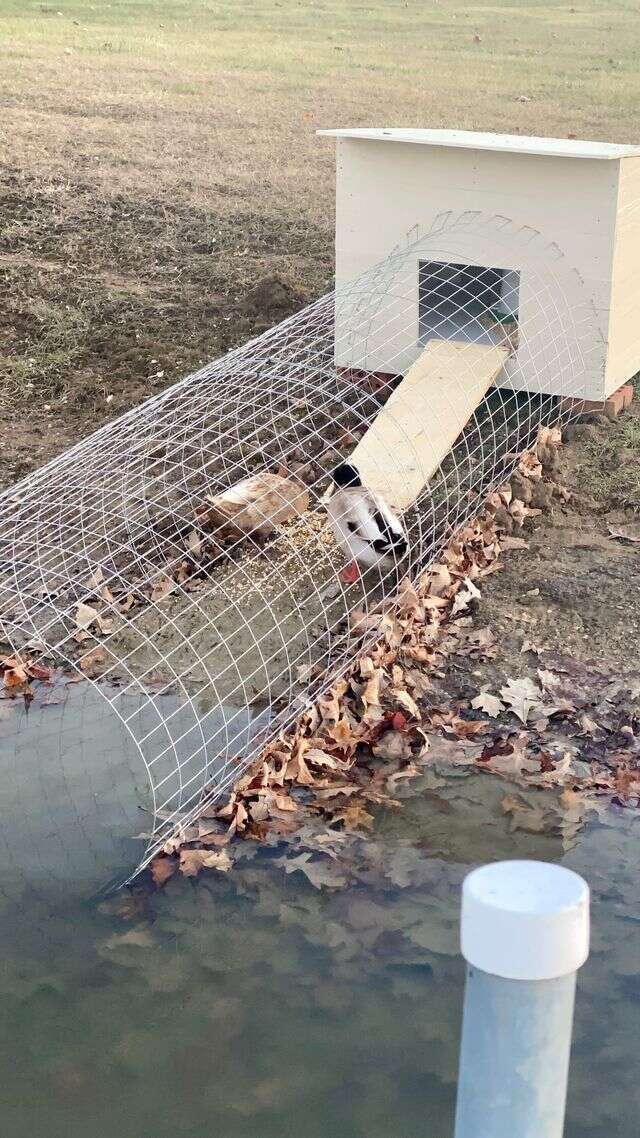 ASCENSION ACRES
The couple quickly got to work building the little house and took many factors into consideration. They wanted to make sure the shelter would provide the ducks protection from both the cold and wild animals, and also wanted them to be able to go in and out of it whenever they pleased. They ended up building a ramp to the shelter that goes straight into the water because that’s where the ducks spend most of their time, even in the winter.

Finally, the adorable house was finished and presented to Donald and Daisy — but so far, neither of them has been very impressed with it.

“They have not used the duck house even once,” the crew at AA said. “They only go into the caged run area to eat the food we place in there. But they still have not gone inside to rest. The pond has been freezing over, but we have been aerating one end so that they can continue to have access to water. They generally hang out swimming in the aerated water underneath our dock, and we think that they associate this area as their safe space and preferred shelter.” 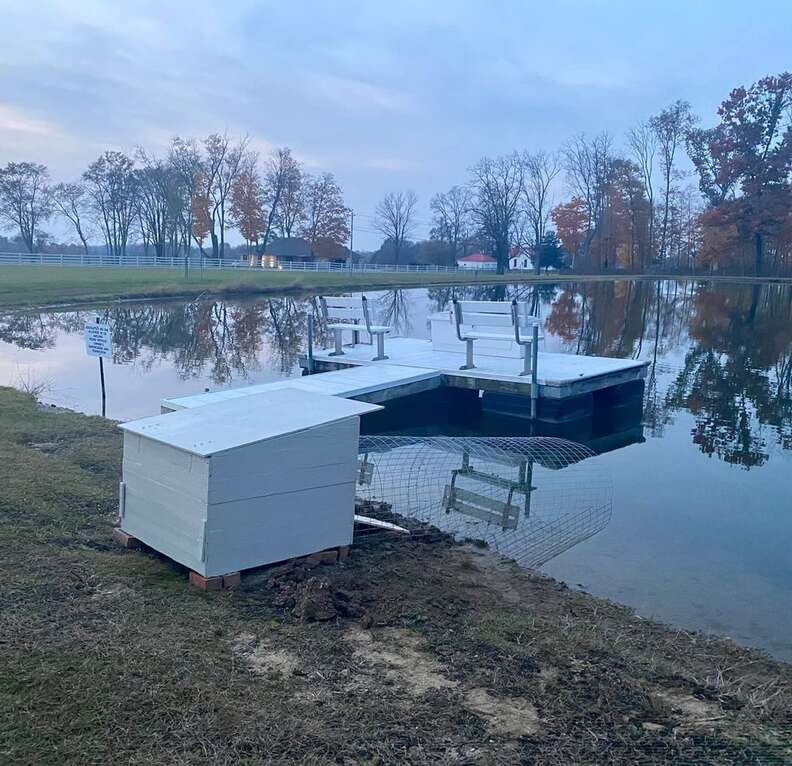 ASCENSION ACRES
Even though Donald and Daisy haven’t used their new house yet, it’s the thought that counts. They’re still getting used to their new parents and, hopefully, over time, they’ll trust them enough to snuggle up in their cozy little home.