Last weekend, while driving along a snowy roadway in Canada, Leona Klassen and her husband, Ron, happened upon a scene they won’t soon forget.There, in the winter landscape just off the road, were five gorgeous lynx out for stroll.The couple just had to pull over for a better look.

“We were stunned,” Klassen told The Dodo. “Neither of us had ever seen a lynx, never mind five in a group.”The notoriously elusive wild cats, their long, fluffy coats keeping them cozy in the chilly February air, seemed unbothered as Klassen began taking photos.

“They were quiet and calm,” she said. “They knew we were there, but didn’t seem to mind at all.” 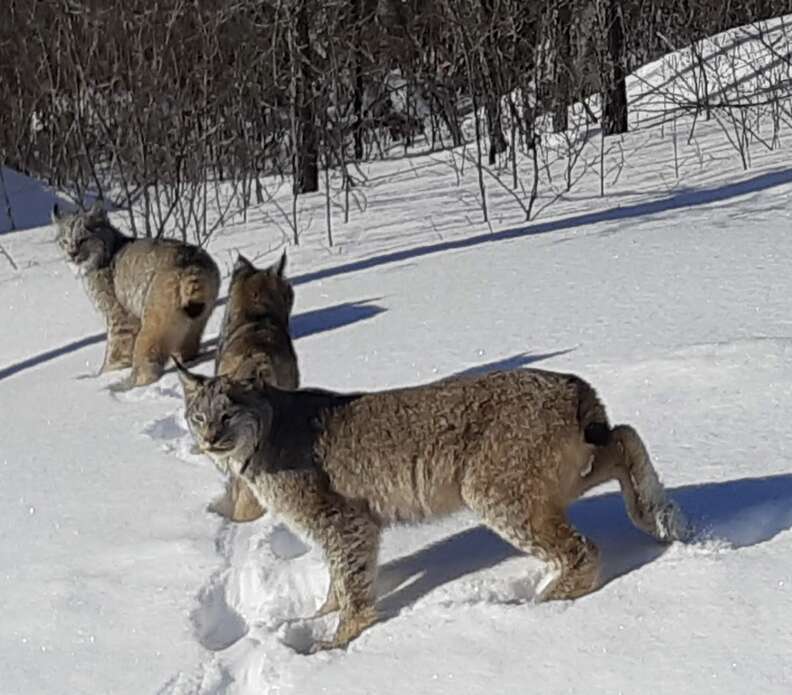 LEONA KLASSEN
Klassen and her husband watched as the lynx moved gracefully across the snowy landscape — getting an up-close look at the dynamics of their family group.

“When the mother stopped, they all stopped. And when she moved, the rest followed,” Klassen said. “The mom was majestic, regal almost. She took my breath away!” 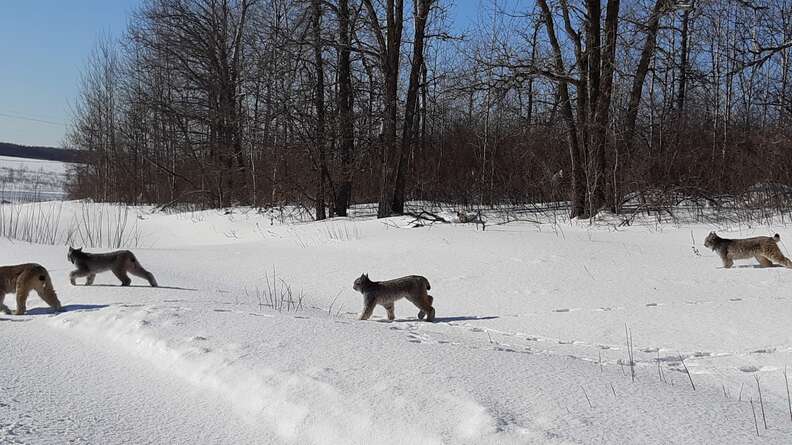 LEONA KLASSEN
Before long, the breathtaking encounter drew to a close as the wild cats crossed the road and continued on their way. 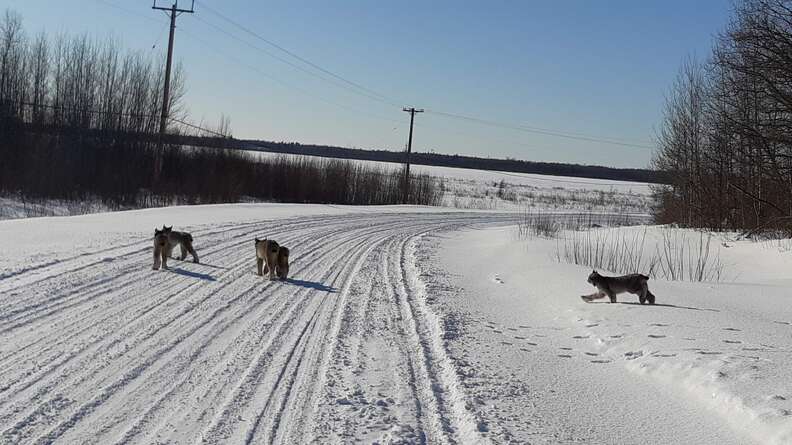 LEONA KLASSEN
The sighting of the lynx was fleeting, but for the lucky couple, this memory is one they’ll cherish forever.

“It truly was a once-in-a-lifetime encounter that neither Ron nor I will ever forget!” Klassen said.