Dana Bryce and his fiancée were out on their deck one day doing some outdoor cleaning and organizing when they suddenly heard some crows causing a commotion nearby. They went to check it out — and discovered a tiny baby crow lying on the ground.The baby crow was clearly too young to be on his own and also seemed to be struggling.

The couple ran through their options and decided that the best thing to do was to take him in, nurse him back to health and then release him into the wild again.“We kept him warm in a bin with some newspaper and grass with water and fed him every half hour,” Bryce told The Dodo.

They named him Oscar and cared for him until he was healthy again. He healed pretty quickly and seemed like he was ready to return to the wild. His mom and siblings were still nearby, so the couple felt safe releasing him. Even though they were sad to see him go, they were comforted knowing he was going home to his family and thought they might even get to see him flying around sometimes.

A day and a half later, that wish came true.

The couple was out on the deck again when Oscar suddenly came flying down from the trees, yelling away, so excited to see his rescuers again. He hopped around and cuddled with them, as if he was thanking them for saving his life.

Now, Oscar stops by to see his rescue family almost every day. He may live in the wild, but they’re his second home, and he loves being able to fly over and say hi whenever he wants. 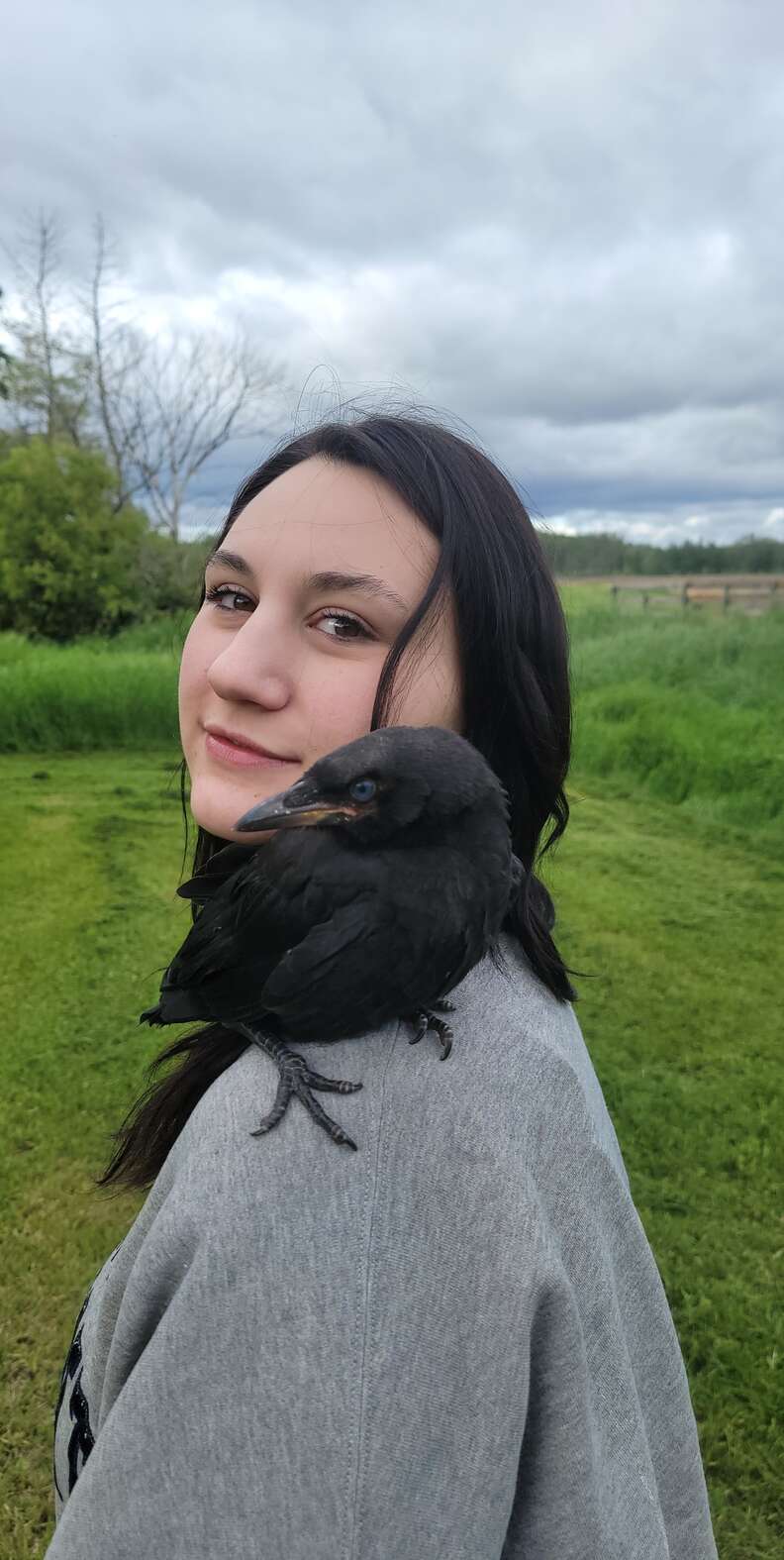 DANA BRYCE
“He stays on the deck and in the trees and visits all day long,” Bryce said. “He likes to hop around and land on us and goes for walks when we go with our daughter. He’s very assertive and vocal. He’s curious and likes to come in the house and hang out on the window sills.”

Oscar has even become friends with the family cat and likes hanging out with her just as much as his rescue parents.

“He’s very friendly with our cat, as she is with him,” Bryce said. “He landed on her outside once, and she just lays down and doesn’t mind at all!”