When Tango Steinke moved into her townhouse in Virginia, she discovered that she had some rather noisy neighbors. A pair of crows, whom she dubbed Doc and Dottie, nested right behind her home and had laid claim to the area surrounding it.Steinke decided to befriend the crow couple in the best way she knew how.

“They’d come through randomly, and I’d throw peanuts their way,” Steinke told The Dodo. “I was already feeding the other birds and squirrels, so extending the feed to the crows just made sense.”When winter arrived, food sources became scarce, and Doc and Dottie started visiting nearly every day.

“They wouldn’t approach me, but they would go eat the peanuts after I went inside,” Steinke said. “Over the course of that first month of regular visits, they became more vocal about their arrival. They’d caw at my bedroom window on the weekends until I got up to feed them.”

Occasionally, the crow couple would bring their friends to share in the feast. And Steinke built a little perch for the crows off her third-story balcony.

In return for helping them through the winter, the crows decided to show their gratitude. 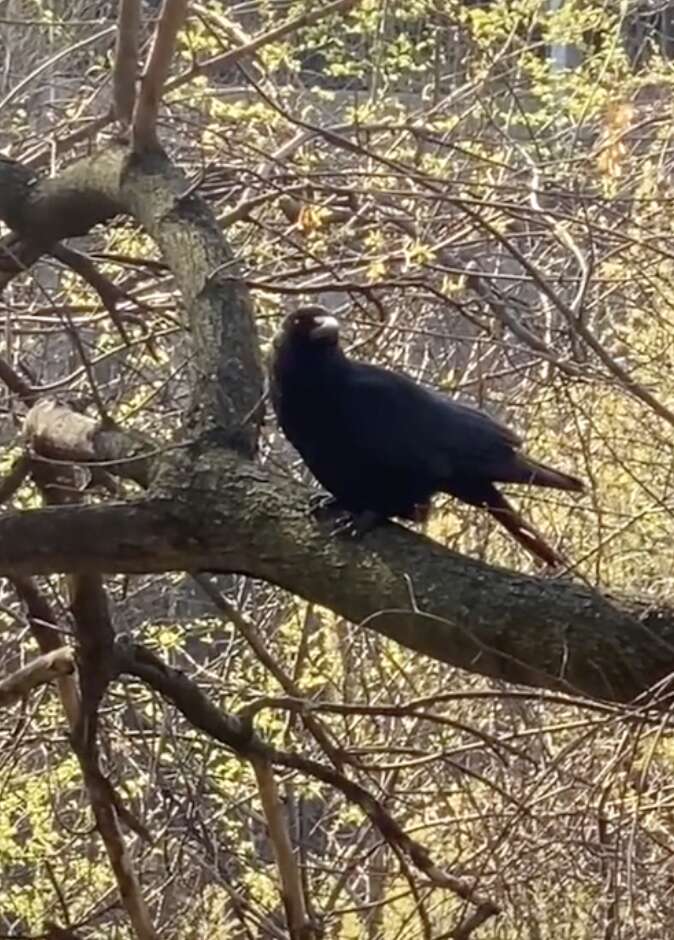 TIKTOK/TANGOBIRD
That’s when Steinke found a worn, grey pebble on the perch.

“I had gone out to feed, and when I saw it, ran for my camera because I wanted to share it with everyone,” Steinke said. “Since then, they’ve left varied gifts: a button, acorns, bits of metal, a beat-up marble, pottery scraps and soda tabs.”

“Usually, around once a month, I’ll find something in the feeder from them,” she added. 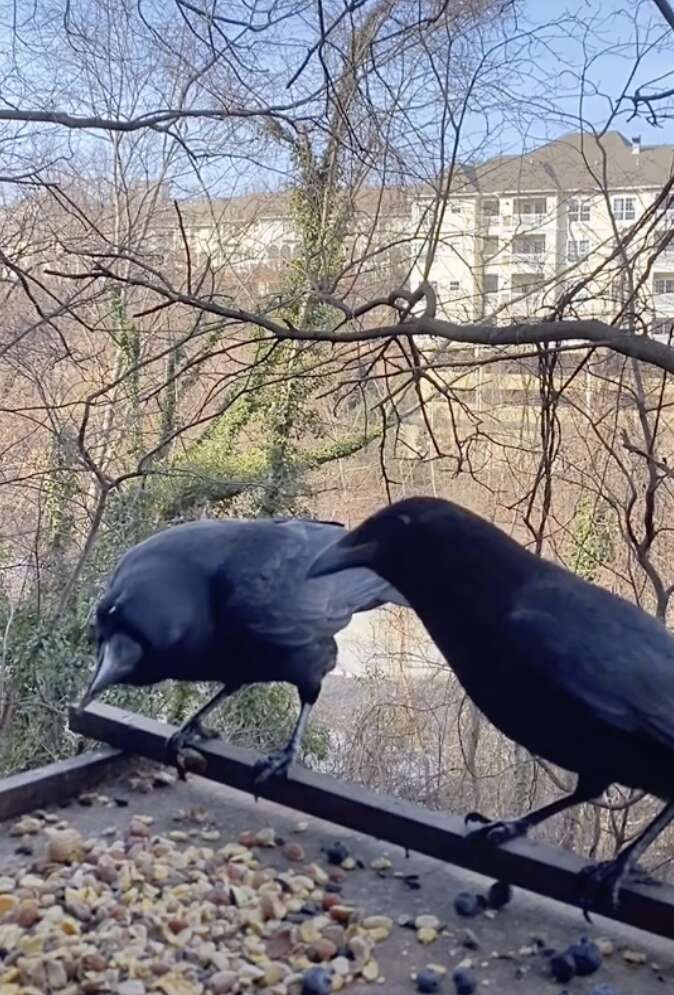 TIKTOK/TANGOBIRD
But gifts weren’t the only things that Doc and Dottie brought. Last spring, a new addition arrived at feeding time — a baby crow. Now, the family of three have become more than just Steinke’s neighbors.

“It’s become more than crows feeding in my yard,” Steinke said. “They follow us to the bus stop in the mornings, they’ll hang out around the playground and, most notably, they alarm call if one of my kids falls down.”

“I don’t know if they’re just watching out for them or if they don’t trust me to parent them,” she added. “But they’re never very far away when we go outside.” 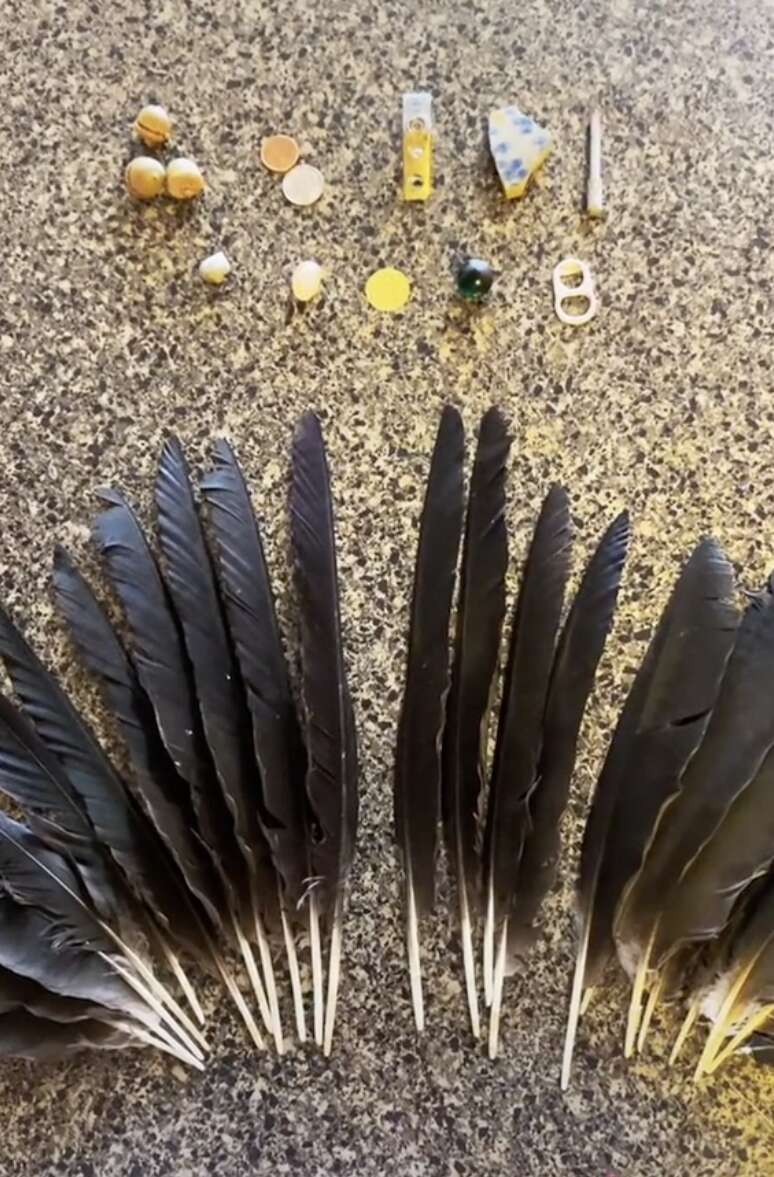 After two years, the crows trust her and know she’d do the same for them if they ever needed it. Every year this penguin swims 5,000 miles to visit the man who saved him