Lauren Kasdan was out delivering food one night in a quiet neighborhood and was expecting an equally quiet night. Around 11 p.m., she got out of her car, dropped the food off on a customer’s porch, texted them that it had arrived and then walked back to her car, parked right nearby.

She was gone maybe two or three minutes.And when she got back, there was a cat waiting for her in her passenger seat.“I thought I was hallucinating for a second,” Kasdan told The Dodo. “It was hard to process. There was just … a cat. In my car.”Kasdan’s front windows had been partially down, so apparently, the cat had seen this as an invitation and hopped right in.

When Kasdan got back to her car, the cat, later named Athena, wasn’t startled at all. In fact, it was as if she’d been waiting for her. 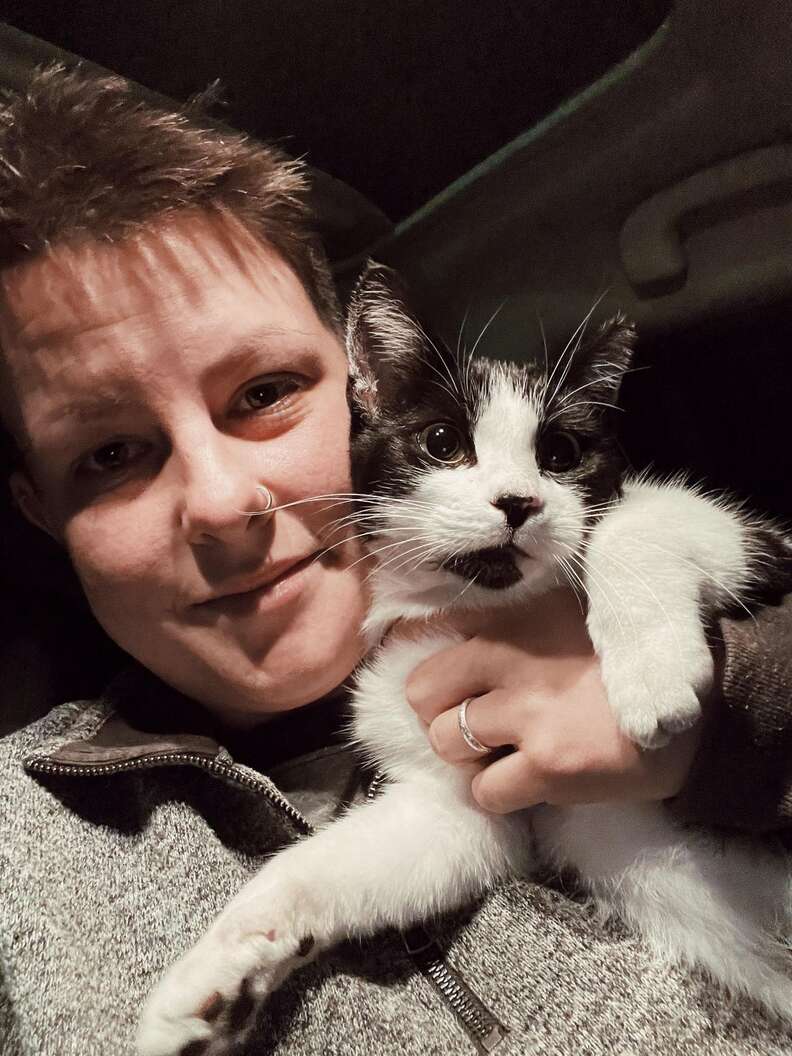 LAUREN KASDAN
“She acted like she was supposed to be there,” Kasdan said. “She was sniffing around the seat and my middle console like she belonged there. When I came back, she was just like, ‘Oh, hey! Is this your car? It’s nice and warm.’ She didn’t spook or try to run. She actually climbed onto my lap and started purring and making biscuits on my legs.”

Athena was incredibly thin, dirty and covered in fleas, so Kasdan assumed she’d been living on her own for a while. She had no idea where the sweet cat had come from, but she knew there was no way she could leave her on her own. Kasdan headed straight to Walgreens, picked up some cat food and litter, and headed to her mom’s house to get Athena all settled in. 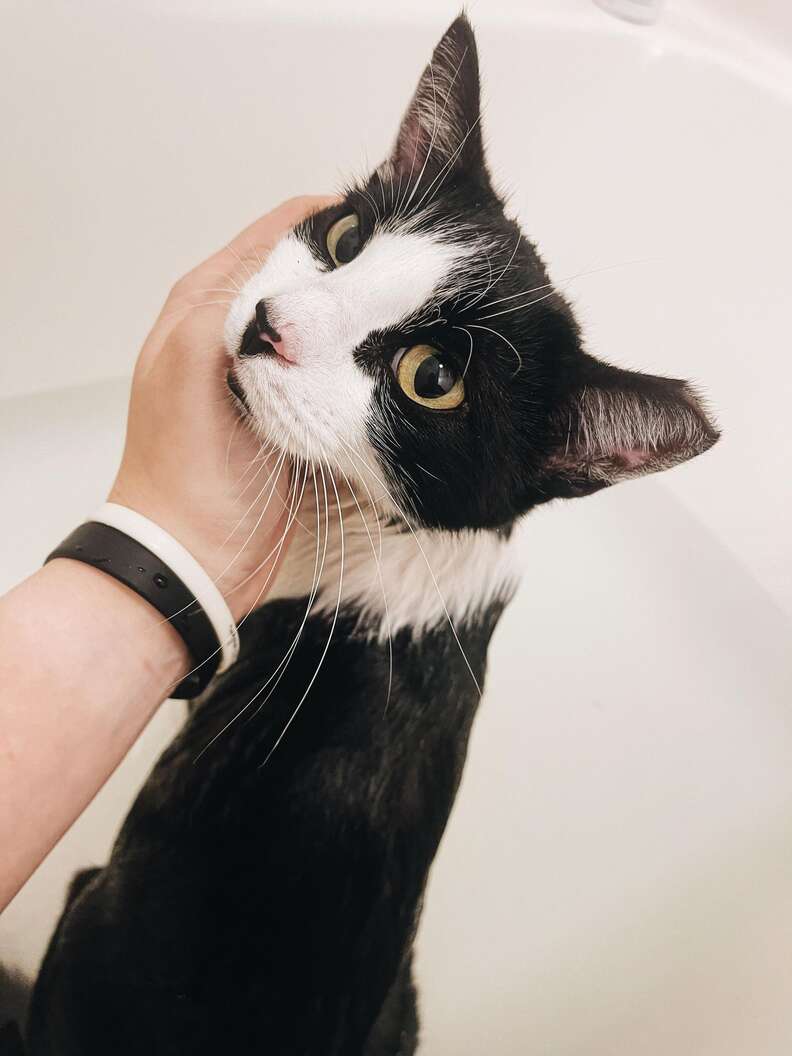 LAUREN KASDAN
Throughout the whole process, Athena was the sweetest thing. She knew she needed help and was so grateful to Kasdan and her mom for giving it to her. Even when Kasdan had to give her a bath to get her cleaned up, Athena was nothing but cooperative. She’d jumped into that car looking for help, and now that she’d found it, nothing could get her down.

“I ran the bath, put her in gently, and she settled almost immediately,” Kasdan said. “She was meowing pretty loudly at first, but when I started scrubbing her with the flea and tick shampoo, she settled in and started purring … When I got her out, I wrapped her up in a towel, and she fell asleep like that in my arms.” 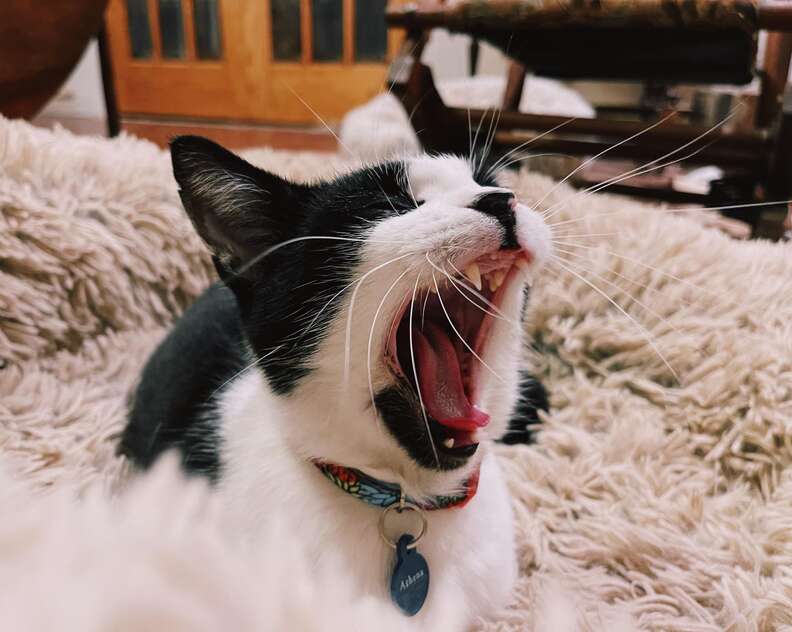 LAUREN KASDAN
Kasdan checked to see if Athena was microchipped, but didn’t find one. Based on her condition, it’s doubtful that she has a family, but Kasdan posted on multiple lost and found pet pages anyway, just in case. Kasdan and her family have always been dog people — but as soon as her mom met Athena and saw how sweet she was, she knew that if no one claimed her, she was keeping her.

Athena is settling in so well to her new home and just wants to be loved on constantly. When she hopped into Kasdan’s car that night, she was just hoping for the best — and had no idea that her life was about to change forever.