When April Butler agreed to watch Bobbie, a cat she’d helped to foster a year prior, she was ecstatic at the prospect of seeing her old friend again. But she was unsure how her dog, Winnie, would react.The pair had bonded when Bobbie was a foster, but Butler didn’t know if Winnie would recognize Bobbie after so much time.

As it turns out, Butler didn’t need to worry.“I could instantly see that she recognized her best friend,” Butler told The Dodo.Since Winnie can be an anxious and reactive girl, Butler chose to reintroduce the pair by letting Bobbie approach from the other side of a glass door.As soon as Winnie saw Bobbie through the window, she started wagging her tail.

She knew it was her pal, and she was thrilled. 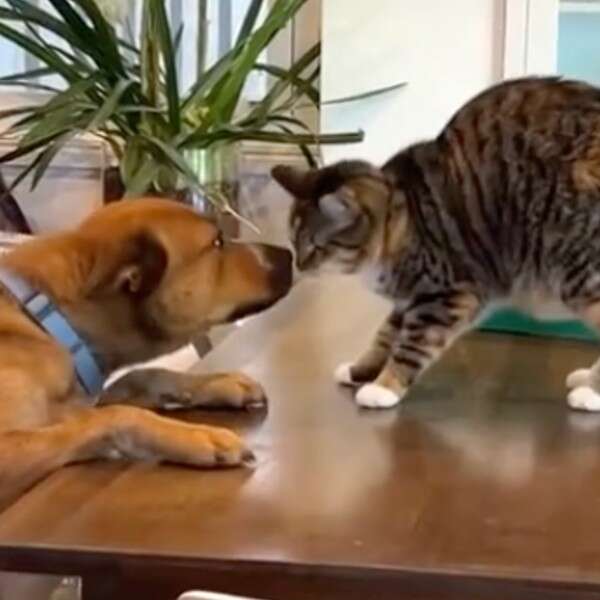 INSTAGRAM/WINNIETHECATTLEDOG
“I couldn’t believe Winnie’s excitement and how quickly she recognized Bobbie — you could
see the love they had for each other!” Butler said. “It was such a special moment to witness!”

You can watch that moment here:

When Bobbie first lived with Butler and Winnie, she was only 6 weeks old. The curious kitten was fascinated by her new dog friend. It was love at first sight.

“Winnie and Bobbie developed the sweetest bond and became best friends,” Butler said. “It was amazing to have a furry companion for Winnie, and they would play all day long if we let them. Winnie was so gentle and loving, and for a dog that’s scared of many things, Bobbie was a source of a lot of happiness and comfort!” 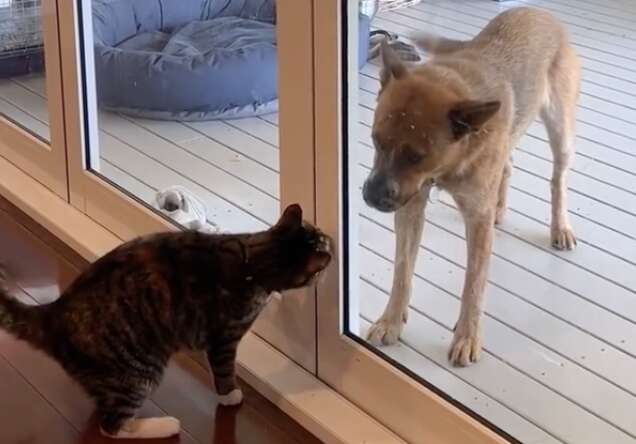 INSTAGRAM/WINNIETHECATTLEDOG
After four months together, Bobbie was adopted into her forever home, and Winnie was sad to see her friend go.

“It was bittersweet saying goodbye, especially for Winnie,” Butler said. “From her perspective, Bobbie was there one day, and all of a sudden, she was out of our lives and on to the next chapter! Winnie would search the house for Bobbie each time we came home after walks, and would wait by the door of the laundry, where Bobbie used to hang out.”

Eventually, Winnie learned to accept that her friend was gone. 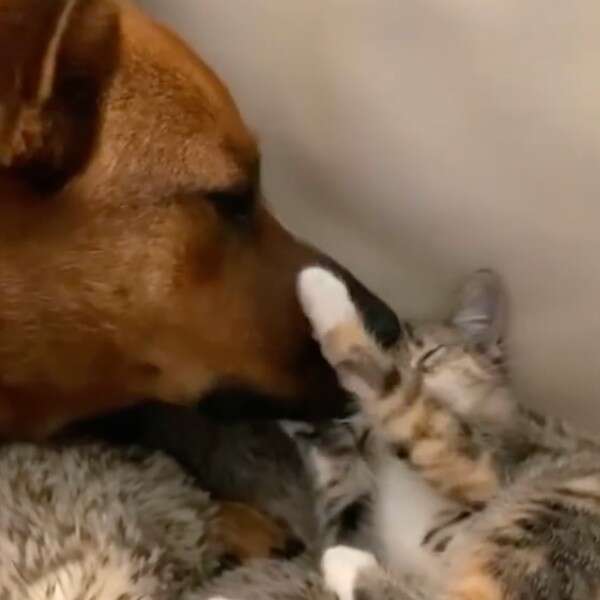 What Winnie didn’t know was that Bobbie had been adopted by someone in Butler’s network. When Bobbie’s new family went on vacation, they were quick to ask Butler, who knew Bobbie so well, to watch her.

And so, from seemingly out of nowhere, Winnie’s bestie was back again.

Though they’re now apart, Winnie and Bobbie prove that when it comes to best friends, it doesn’t matter how much time passes — when you’re together, it feels just the same.