Last weekend, on a particularly hot day in Turkey, Recep Serçe decided to brave the heat in order to catch up on some chores outside. First among them was to wash his car — so, he grabbed the hose and turned it on.What Serçe didn’t know at the time, however, was that he’d soon be called upon to use it for a far more noble purpose.

As Serçe rinsed his vehicle, a random pigeon appeared out of nowhere and landed on the hood. The poor bird seemed to be struggling in the scorching weather. Serçe sensed she was asking for help.“It was like a miracle,” Serçe told The Dodo. “I was very happy [to receive her].”

Putting his task on pause, Serçe helped quench the little pigeon’s thirst and cool her feathers with a bath. And sure enough, with each passing moment, strength returned to her weary body.

After few minutes, she flew away, refreshed. 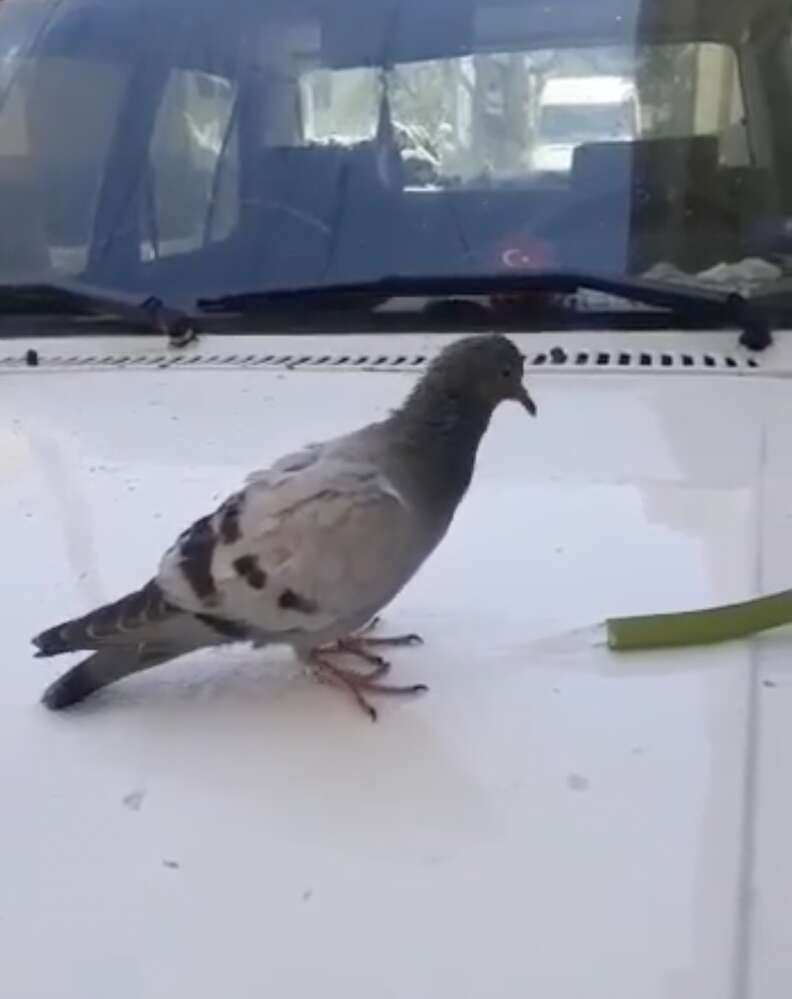 Though it was a brief encounter, it surely made a world of difference for the pigeon. Serçe, meanwhile, is grateful he could help.