This solar farm in Plains, Georgia, is quite incredible. The land it’s built on is owned by former President of the United States, Jimmy Carter.Back in 2017, Carter decided to use 10 acres of land in his hometown in Georgia to create his solar farm. The land which was once occupied by soybean crops and peanuts is now space where 3,852 solar panels are erected.

Carter was an early advocate and voice for clean energy during his time as was President in 1979. History was made that year. He installed 32 thermal solar panels on the roof of the White House. However, those panels were removed when President Ronald Reagan took over the administration.

This did not stop Carter’s love for clean energy. Eventually, his solar farm in Georgia became a reality.

“A generation from now, this solar heater can either be a curiosity, a museum piece, an example of a road not taken or it can be a small part of one of the greatest and most exciting adventures ever undertaken by the American people; harnessing the power of the sun to enrich our lives as we move away from our crippling dependence on foreign oil.” 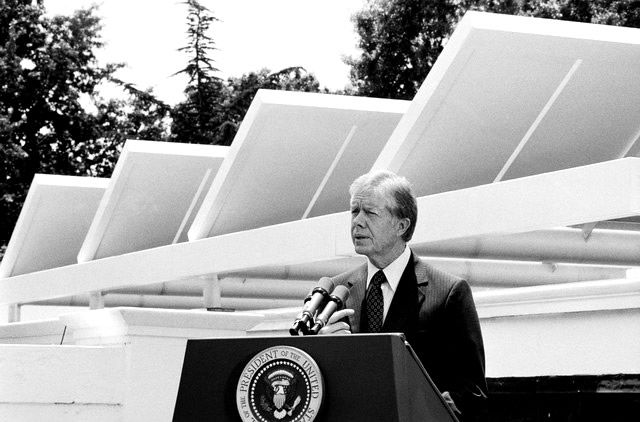 Former United States President Jimmy Carter places a hand on one of the 1979 White House Solar Panels. via Carter Library
Carters Solar Farm Provides Power For Many
As we said earlier, his solar farm holds 8 852 solar panels. The former president told the Sierra Club in 2017 that on a sunny day, these panels could provide 1.3 megawatts of power. This power provides electricity for 50% of the small Georgian town! According to the U.S. government, one megawatt will supply enough energy to power 400-900 homes, however, watts harnessed by solar panels produce a little less.

3,852 Solar panels generates 1.3 MW of power per year and provide electricity for over 50% of Plains, Georgia.
“Distributed, clean energy generation is critical to meeting growing energy needs around the world while fighting the effects of climate change. I am encouraged by the tremendous progress that solar and other clean energy solutions have made in recent years and expect those trends to continue.” 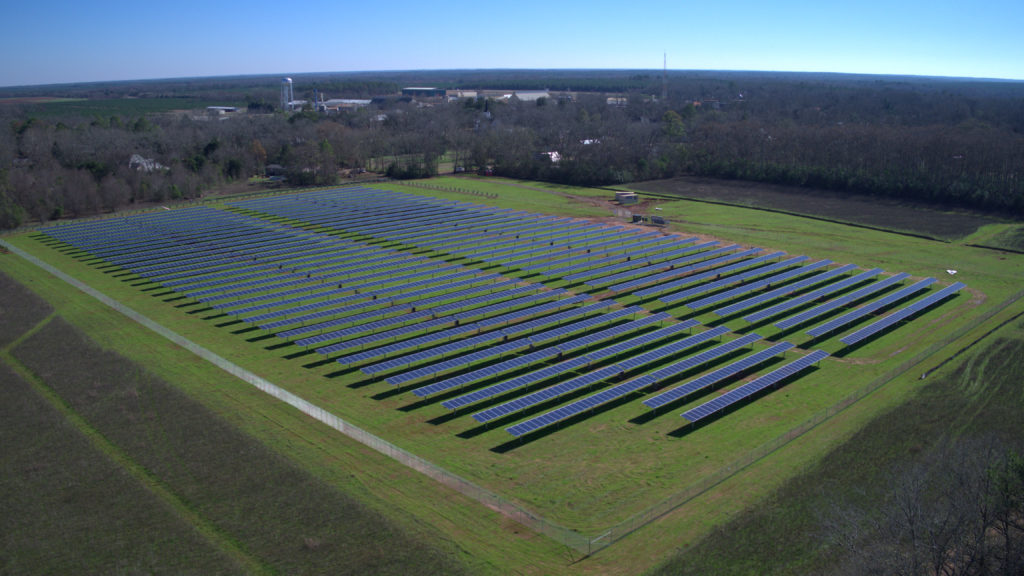 A Step In The Right Direction
Together with SolAmerica, Carter was able to realize his dream. The energy company based in Atlanta says that this is undeniably a step forward and that they hope the rest of the United States will follow this example. This solar farm proves that clean renewable energy is the way forward! Eventually, we should all be using similar sources of energy. Especially if we hope to keep our planet before it’s too late. Carter leases his land to the solar energy company which significantly reduces costs for residents in Plains, Georgia.