KK and Sauce are both 5 years old and have been best friends since the very beginning. They do everything together, and KK definitely can’t imagine life without her horse sister Sauce.“We [got] her when she was 2 and they have grown up together,” Ashlie Phillips, KK and Sauce’s mom, told The Dodo.

“Sauce usually stays loose in the yard and every morning comes to the bedroom window and waits for her.”KK and Sauce love being together so much that their mom even lets them hang out in the house sometimes. The rule is that Sauce has to stay in the living room, though, and isn’t supposed to go anywhere else in the house.

But of course, sometimes, the adorable pair like to break the rules. 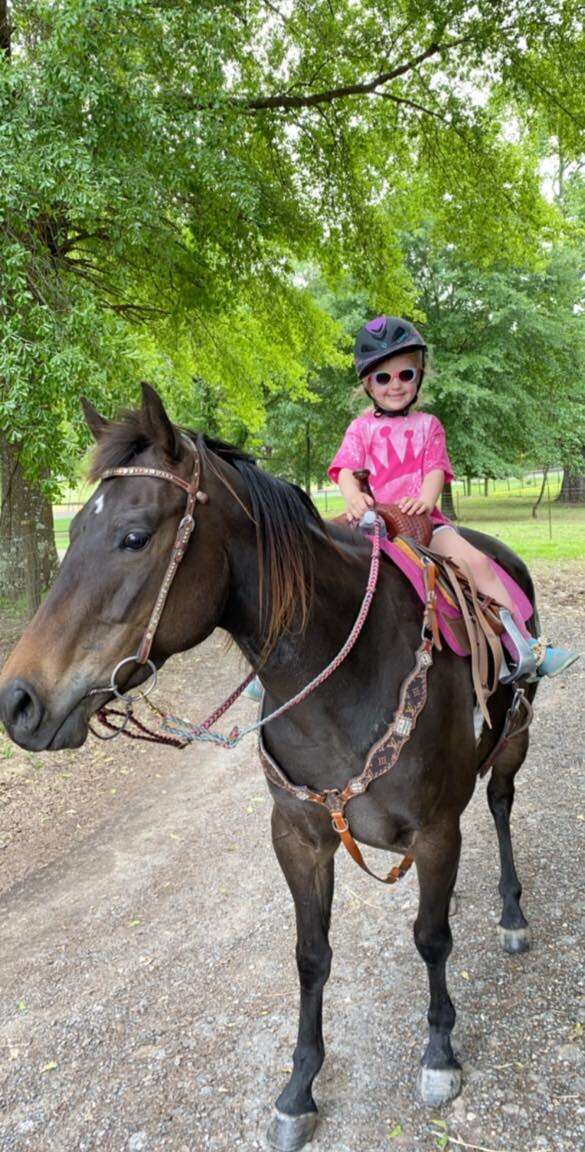 Phillips was busying herself around the house one day when she suddenly realized that KK and Sauce were nowhere to be found. She decided to do a little investigating — and discovered that they were having themselves a little party in KK’s room. 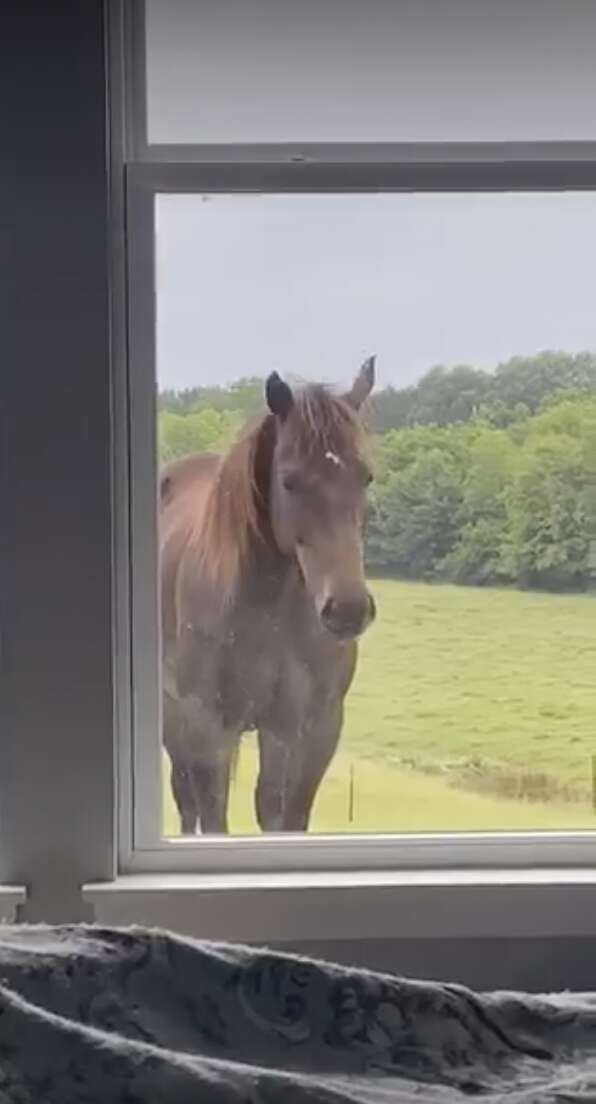 “We let her bring her inside and she stays in the living room,” Phillips said. “She plays with her for a little while and then we let her back out. This time when she brought her in she went straight to her room!” 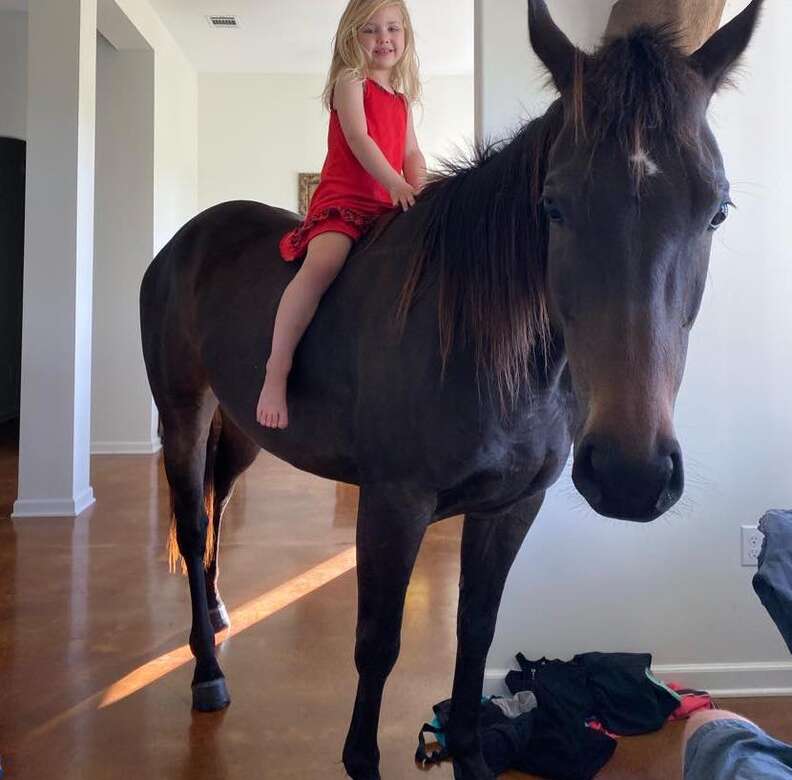 KK really wanted Sauce to see her room, so she led her there as sneakily as possible and enjoyed their time together until they inevitably got caught. After all, it’s pretty hard to be completely sneaky when there’s a great big horse involved.

KK and Sauce love each other so much, and will never stop finding adorable, sometimes mischievous ways to hang out together.