One day, while strolling the grounds of his property in Costa Rica, Michael Farmer spotted something he couldn’t quite believe.There, on the leaves of a guava tree, was what looked to be a small metal object — glinting in the sun like a piece of polished chrome. But then it began crawling.

It was, in fact, a living thing.Turns out, Farmer had just stumbled upon one of the world’s most unique beetles, Chrysina limbata, a species known for their silvery, reflective shells.Seeing it firsthand, Farmer was stunned.When Farmer picked up the beetle, she stopped crawling and played dead, allowing him to get a better look.

“I was amazed by how beautiful it was,” Farmer told The Dodo. “[I’ve] never seen anything like it.” 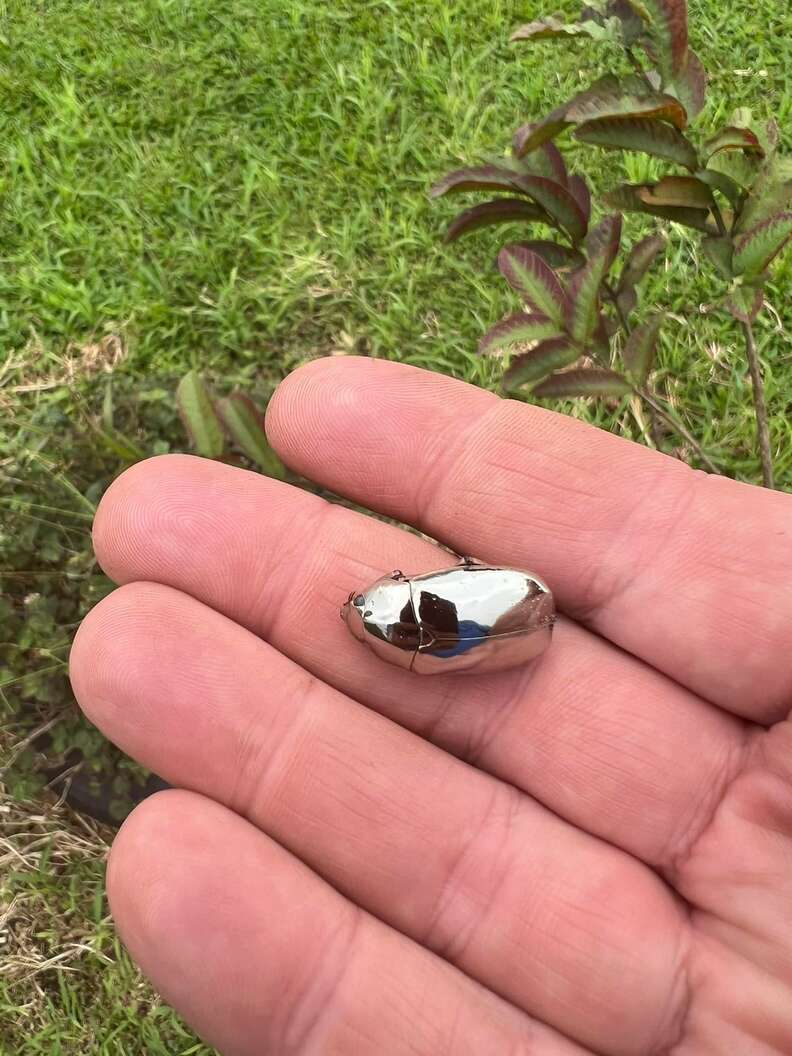 MICHAEL FARMER
Farmer snapped these images of the beetle, who seemed almost too beautiful to be real. 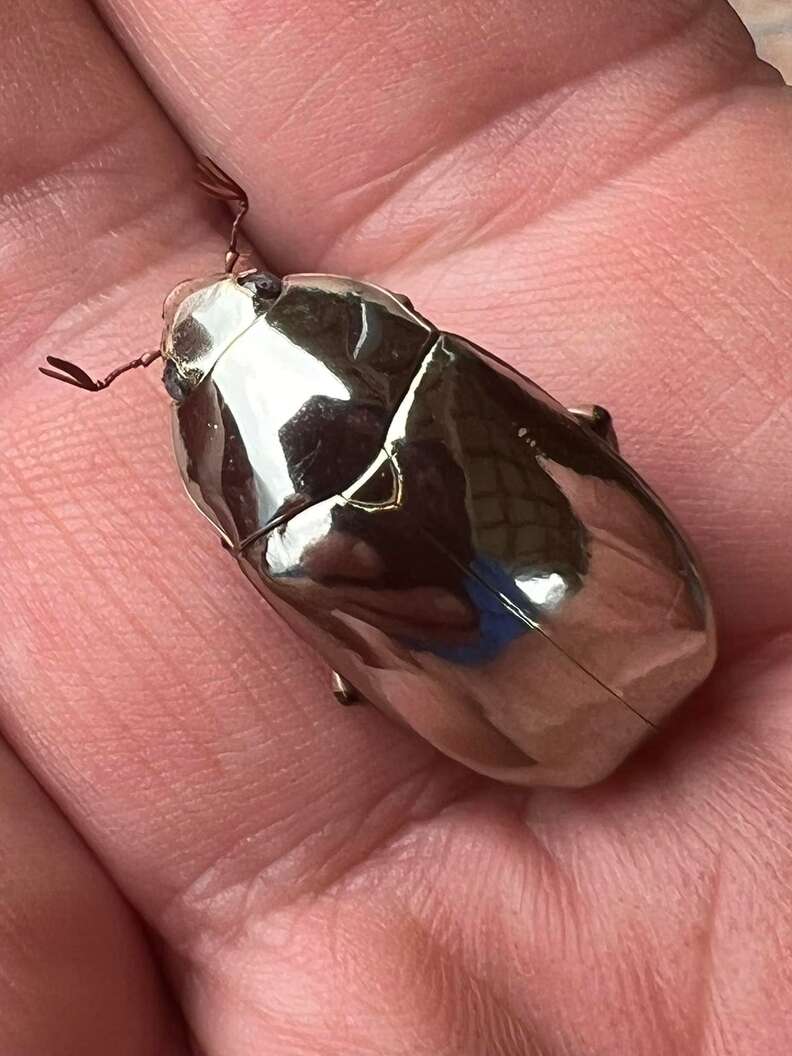 MICHAEL FARMER
“[It] was like a mirror. Utterly flawless reflection in the beetle,” he said. “Truly one of the most beautiful things I’ve ever seen.” 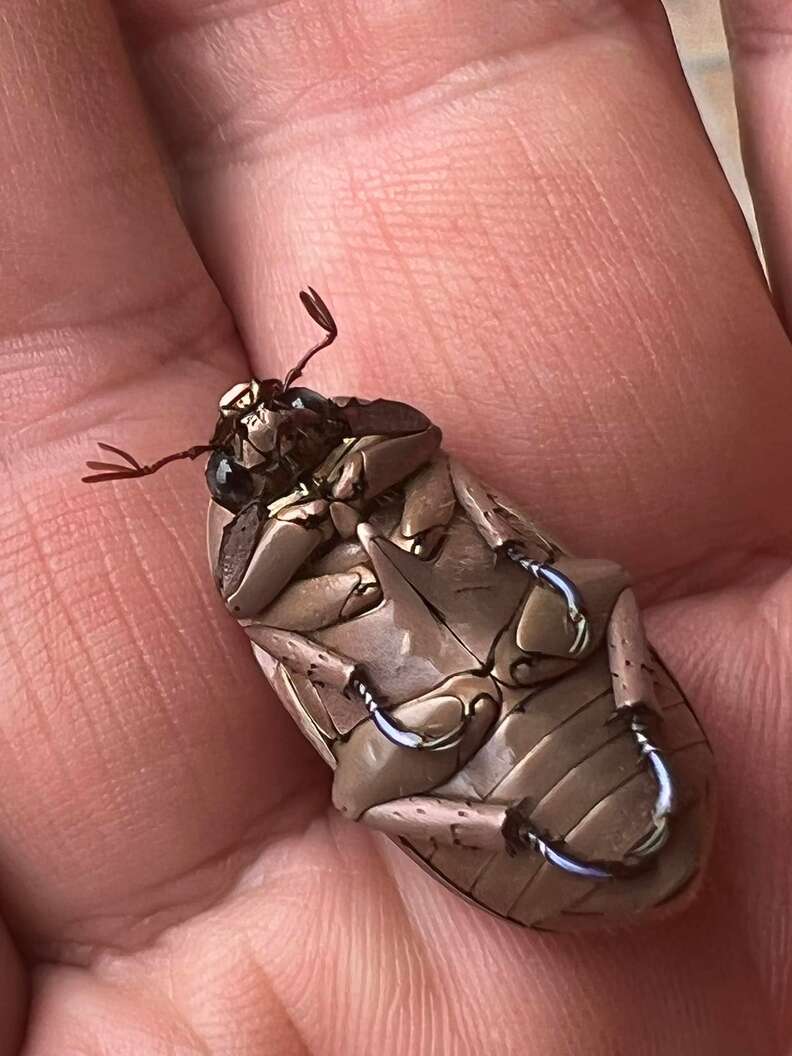 MICHAEL FARMER
Farmer later came to learn that these beetles are actually quite rare. Though once more commonly found in the region, the species has been hard hit by habitat loss — and from being caught and sold to collectors.

The beetle Farmer found that day was spared that sad fate.

“I don’t believe in selling living creatures like that,” Farmer said. “I put it back on the tree, and it rapidly flew away.”

The memory, however, has stayed with him. 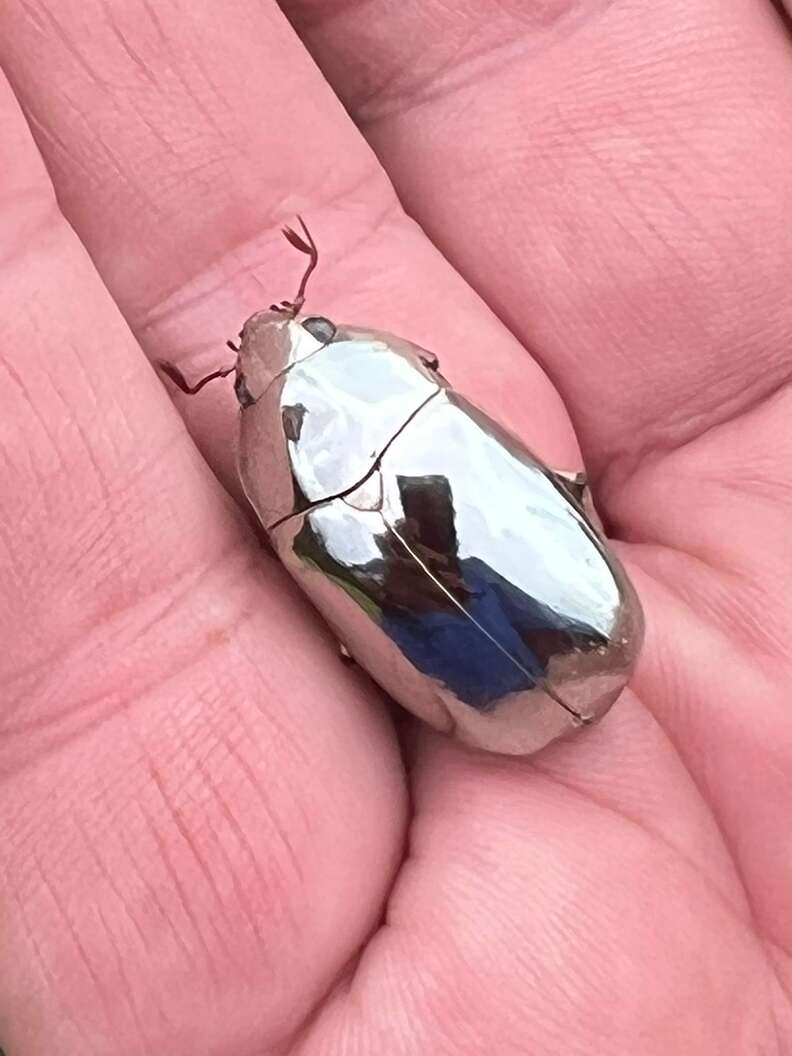 MICHAEL FARMER
That was the first time Farmer had encountered a beetle like that, but he hopes it’s not the last.