Haru the mini cow never quite fit in. Much smaller than the other cattle in his herd, he wasn’t accepted, and spent lots of time alone.But all of that changed when he met his new best friends — a group of dogs.Amber Sullivan-Vo and her husband, Anthony, found Haru in a Craigslist post and decided to rescue him.

They were eager to add Haru to their big crew of animals, but weren’t sure if the solitary mini cow would get along with their nine dogs. Slowly, they introduced Haru to the dogs and all their worries disappeared.

“Haru really likes our dogs!” Sullivan-Vo told The Dodo. “He warmed up to [them] in about a week.” 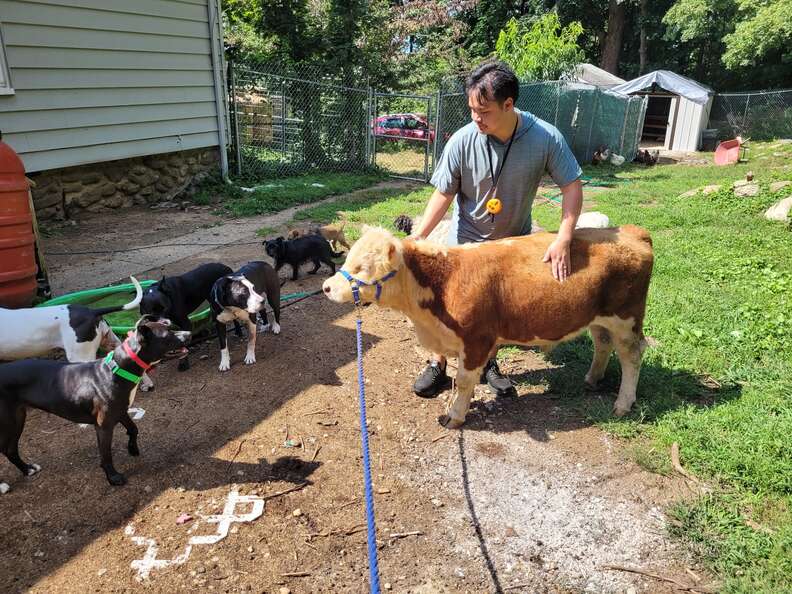 AMBER SULLIVAN-VO
Haru doesn’t just get along with the dogs — he acts like them too. The little cow will always go over to sniff new foster dogs who are staying with his family and even gets the zoomies, just like the dogs do.

“He lowers his head when our dogs are around to let them play or give him kisses,” Sullivan-Vo said. 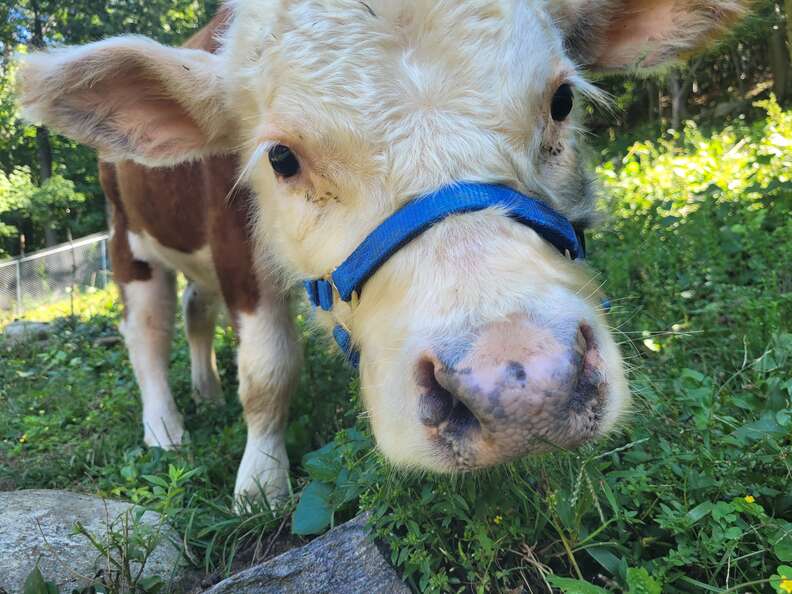 AMBER SULLIVAN-VO
The dogs love Haru as well — in fact, they think he’s just another a big dog.

“They all hang out together in the yard,” Sullivan-Vo said.

While Haru weighs quite a bit more than his dog siblings, he’s always careful not to hurt the smaller creatures. He makes sure he stays out of the way when he needs to, and when the family began fostering a pair of puppies, it was clear that Haru was watching out for them.

“He is very aware of his size,” Sullivan-Vo said. “If he was running around and playing and he saw that the puppies were out, he would quickly settle down and stop running.” 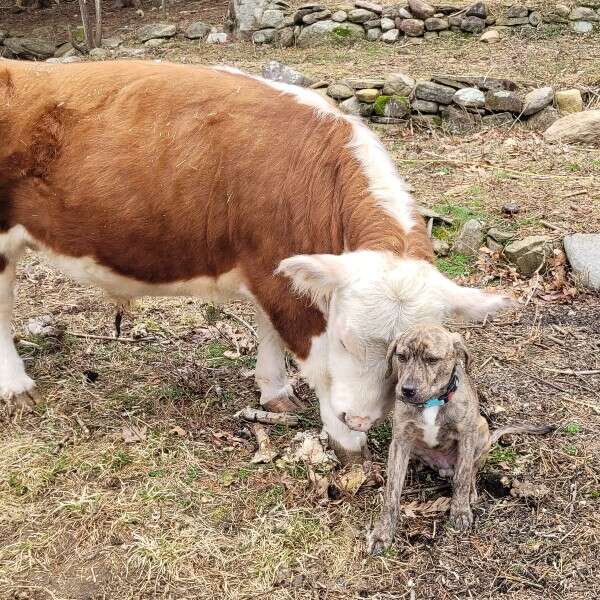 AMBER SULLIVAN-VO
Haru’s parents can’t picture life without him. While Haru may have been too small before, it’s clear that in his new family, he’s the perfect size.