Usually, it’s cats who have to ask people to be able to get back inside.But on this day, through an unexpected series of events involving a mishap with keys, those roles were reversed.Last week, Luh Meira and her son were hanging out in front of their apartment complex in Brazil when something rather unfortunate happened.

Meira’s son, who’d been playing with her house keys, decided to drop them down a random hole that had formed near a walkway. (Kids, right?)But try as Meira did, she was unable to retrieve them — threatening to strand her outside indefinitely. But then a hero appeared.It was a friendly black cat named Pantera, who belongs to one of Meira’s neighbors. With his slender paws, Pantera stepped in to help.

Though it did take him a few tries, the gracious cat eventually returned the keys Meira’s son had dropped. She was stunned.

“If I didn’t film it, no one would believe it,” Meira told The Dodo. “I was surprised, because I thought he put his paw in the hole just to play, but his intention was to really get the keys. I was super happy.” 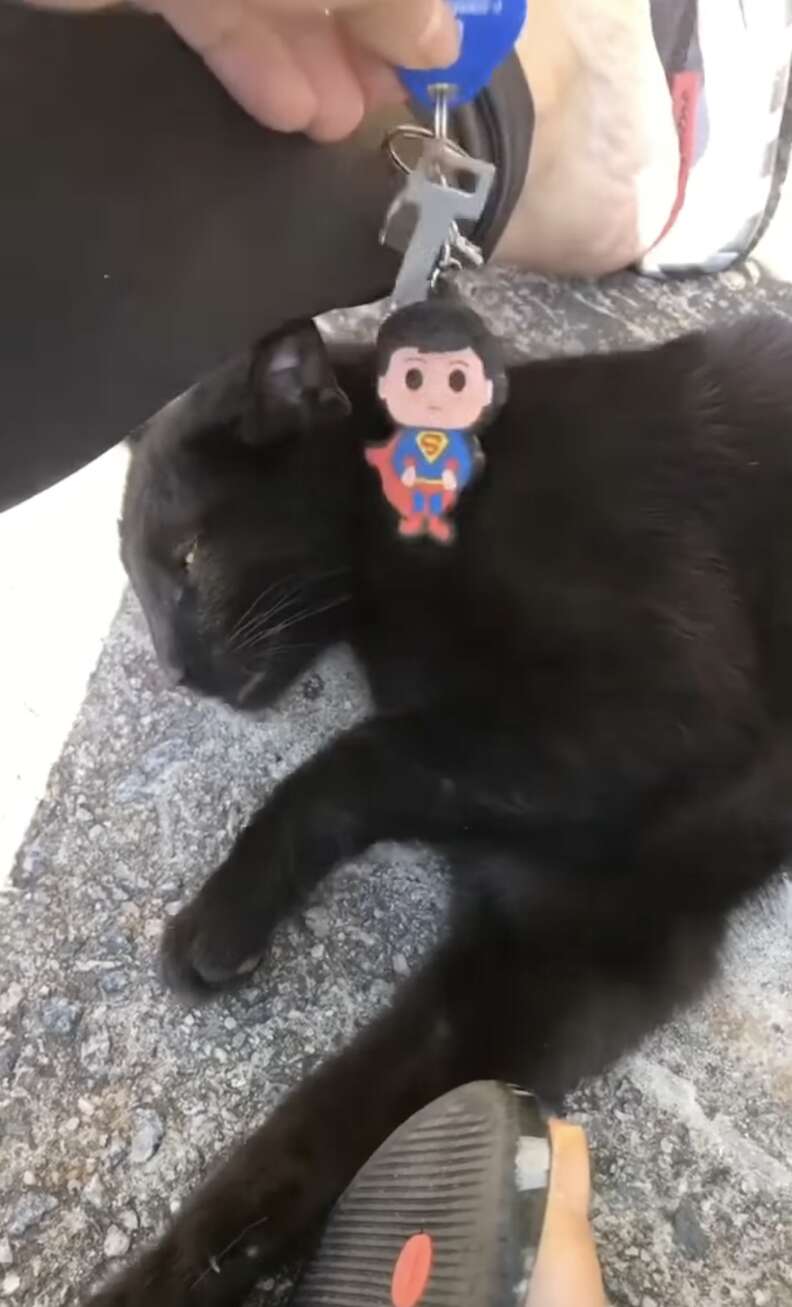 LUH MEIRA
As a reward for his good deed, Meira gifted Pantera a toy and gave him some treats. But he got something even more special, too.

“He won my love,” Meira said. “I was already in love with cats, but now there’s no question.”