This horse named Pixie has plenty of room to graze and play in the open fields of owner Ann McQueen’s home in Florida. Yet, despite that fact, the sweet young filly managed to wind up in a spot where she was hopelessly confined.Pixie got stuck.It was an odd predicament.

Somehow, Pixie had gotten trapped inside the bars of a hay rack, where her food is usually placed at feeding time. Her legs were positioned in such a way within the rack that it wasn’t clear at all how she’d ended up like that in the first place.Nevertheless, when McQueen spotted her in that tight spot, Pixie didn’t seem terribly concerned.

“Well, there stood Pixie in the hay rack, just looking at me,” McQueen told The Dodo. “She wasn’t thrashing, sweating or bleeding, but she was stuck.” 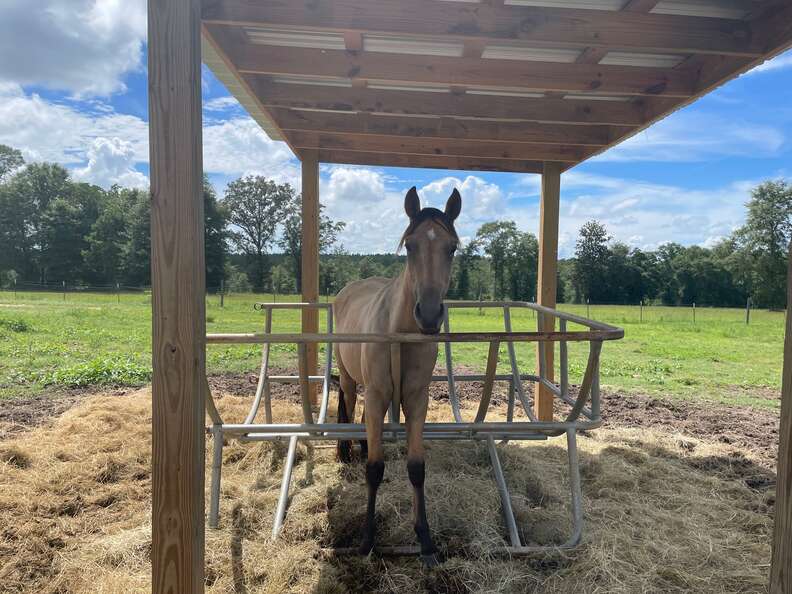 ANN MCQUEEN
As perplexing as it was to imagine how Pixie got into that jam, thinking of a way to get her out of it was also not easy. For that part, McQueen enlisted some help.

And before long, a team from Walton County Fire Rescue was on the scene to help. 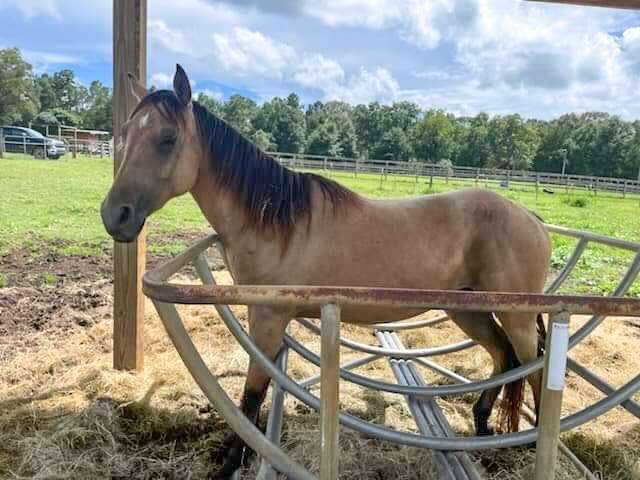 Using the Jaws of Life, they cut through the hay rack to make an opening for Pixie to step through. Still, she required just a little bit of coaxing. Here’s video from that rescue:

“The crew cut the middle section of the rack out, and [Walton County Fire Rescue Lieutenant] Robin led Pixie to safety. It took maybe 15 minutes to cut apart the rack,” McQueen said. “Pixie was fine!” 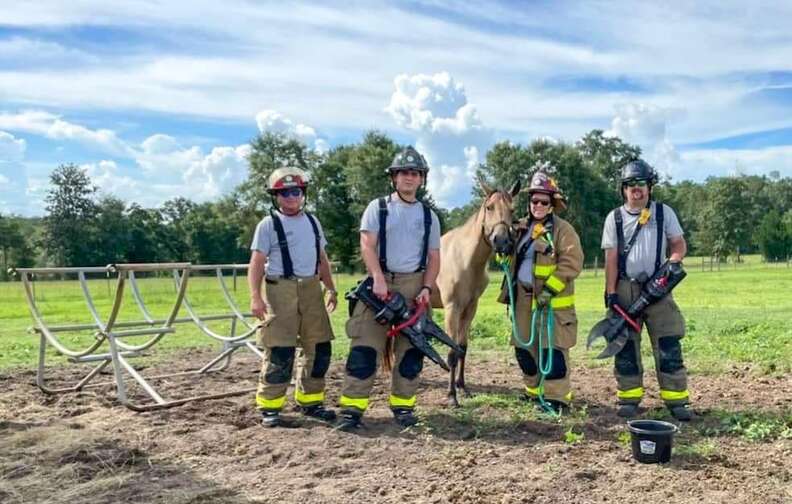 WALTON COUNTY FIRE RESCUE, FLORIDA
Though Pixie’s now safe, the circumstances that led her into that predicament continue to make people scratch their heads.

“I have so many questions,” one commenter wrote online.

“How in the world did this silly girl do this?” another added.

The firefighters who helped Pixie out from the hay rack, meanwhile, offered their theory:

“This is what happens when you horse around too much,” they wrote.