Pyotr Pankratau, a Belarusian army soldier, found a baby squirrel on the verge of death. He took the squirrel and nursed it back to health using milk in a syringe. What happens next is truly amazing.He named his new pet Masik!Isn’t he the cutest little thing?When Pyotr left the army, he brought his little buddy with him.

Pyotr became a taxi driver and had the perfect assistant lined up.“I took him with me everywhere. In the army, everywhere. So he got used to this. Masik has a standard route at home, too – eating, then sleeping, from the kitchen to either under the blanket or to the wardrobe. He likes to sleep with me, close to my neck. He is very independent. There are no better animals.”

“He ran away once, but I came up to the tree and he returned. Recently, I put him on a tree, and he was totally frightened and trembled all over.” 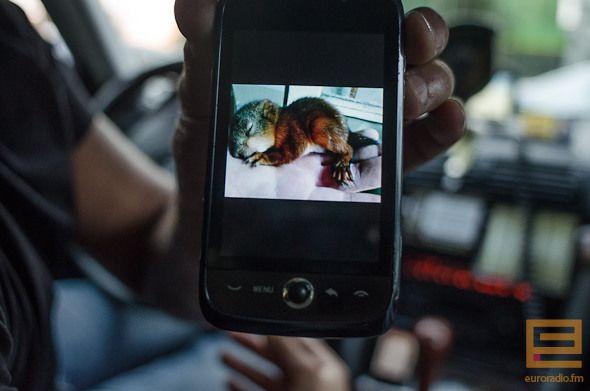 He doesn’t always tell his passengers that there’s a squirrel in the car. “I don’t show him to everyone. I mean, what’s the point? Why disturbing him all the time? I show him to kids. However, I watch him constantly.” 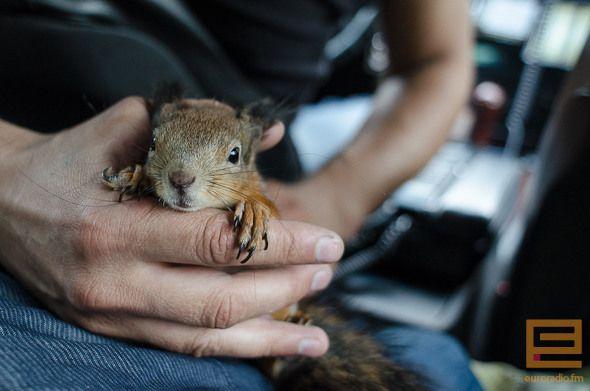 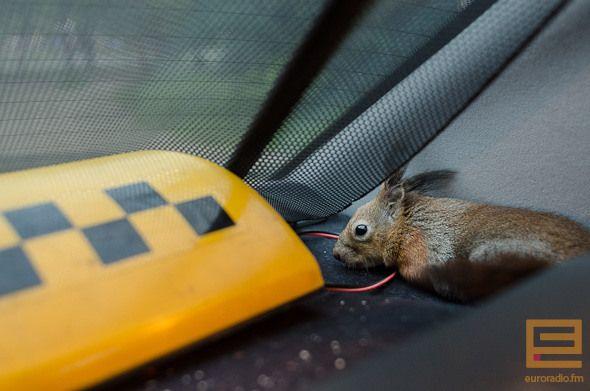 But Masik does enjoy playing with the children… 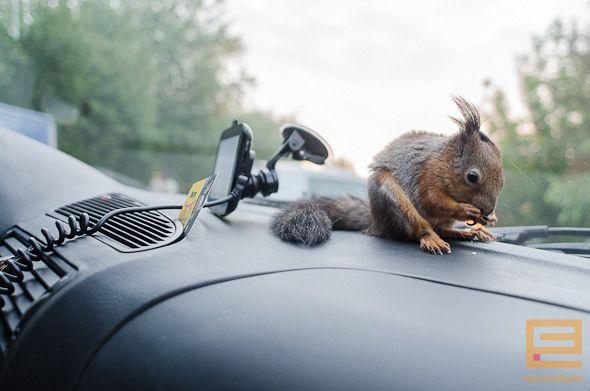 …And just tagging along for the ride!

If you ever get in a taxi in Minsk, look around for a squirrel. 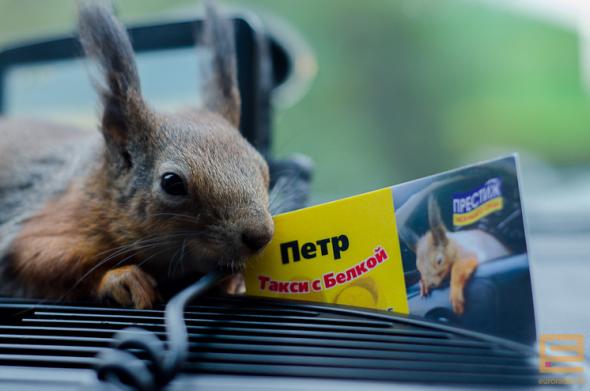 Is that amazing or what?! What a surprise it’d be to hop in a taxi and see this little guy. Be sure and share this with your friends. 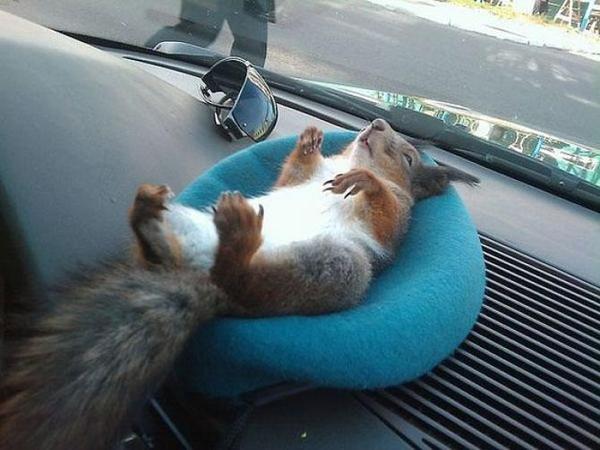