The other day, Chelsea Eckhart was sitting on the balcony outside her home in California when a visitor caught her eye — and her ear. Resting comfortably atop an overhead cable was a small bird.“She was being very vocal,” Eckhart told The Dodo. “I usually don’t see many birds stop on my balcony, so I was excited.”

Though chances are Eckhart wasn’t the target audience of the bird’s little tune at first, the unlikely pair soon became a musical duo.During a brief pause in the bird’s chorus of chirps and tweets, Eckhart decided to start one anew herself. With a gentle hum, she sang back to the feathered visitor.

And, sure enough, she answered back — echoing her simple melody in time. 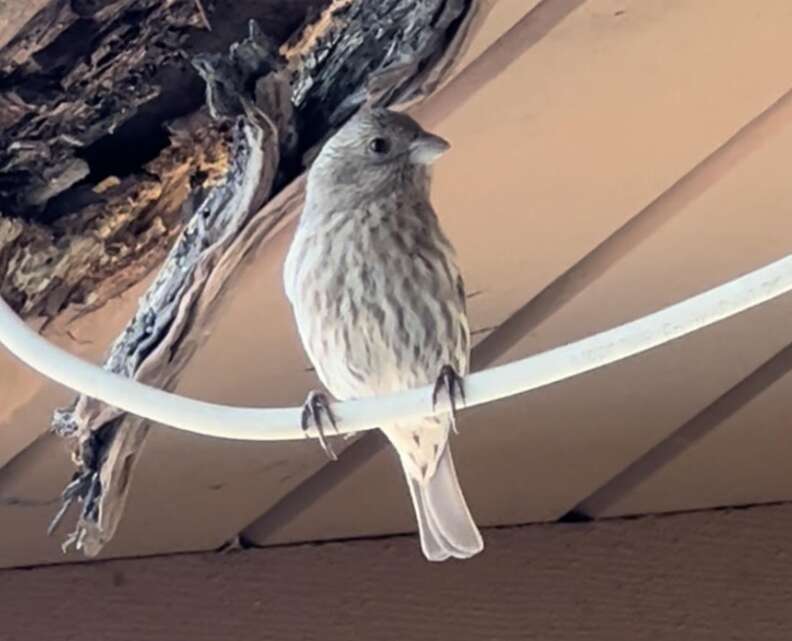 CHELSEA ECKHART
“It took a couple calls, but she did start to mimic what I was doing,” Eckhart said. “I was shocked when she was actually repeating me!”

It was an interspecies duet:

“It was really cool to have a moment like that with a wild bird!” Eckhart said. “I’ve always been an animal lover, and I’ve worked in wildlife rehabilitation, but that was one of the few times I felt like there was some level of communication with a wild animal.”

The clear call-and-response exchange lasted for several “verses” before the bird picked back up her own tune. But it’s something Eckhart won’t soon forget.

“Birds hold a special place in my heart, so I felt really lucky. It was a great reminder of just how connected all organisms on this planet truly are and we can feel that connection if we slow down every now and then,” she said. “I would love to duet with her again if she chooses to visit me!”