Megyn Scott-Hintz first met Garfield a few weeks ago at her local animal hospital. A Good Samaritan had dropped off the 5-week-old stray after finding him outside all alone.The sickly orange kitten needed a foster, and Scott-Hintz knew she had to take him in. “He was covered in fleas, he had ear mites and was skin and bones,” Scott-Hintz told The Dodo.

When she brought Garfield home, he was surprisingly relaxed and laid back. “He was definitely very social with humans, which surprised me because most outdoor kittens at that age are still hissy and feral,” Scott-Hintz said. “He seemed to have no problem with humans at all — no fear of anything at that point.”

Garfield sought out comfort wherever he could find it and soon made friends with Scott-Hintz’s senior, semi-feral porch cat, Captain Pickles. “Pickles decided to come in one night for some food and noticed [Garfield],” Scott-Hintz said. “As soon as Pickles lay down on the couch, Garfield immediately went up to him, and they sniffed noses and that was that.”

Pickles had never really taken an interest in any of Scott-Hintz’s other fosters, but he quickly became Garfield’s most loyal protector. “It takes a lot for [Pickles] to want to come inside, so it was surprising that he actually wanted to come in and hang out with Garfield,” Scott-Hintz said. “He’s seeking Garfield out, which is extra sweet.” 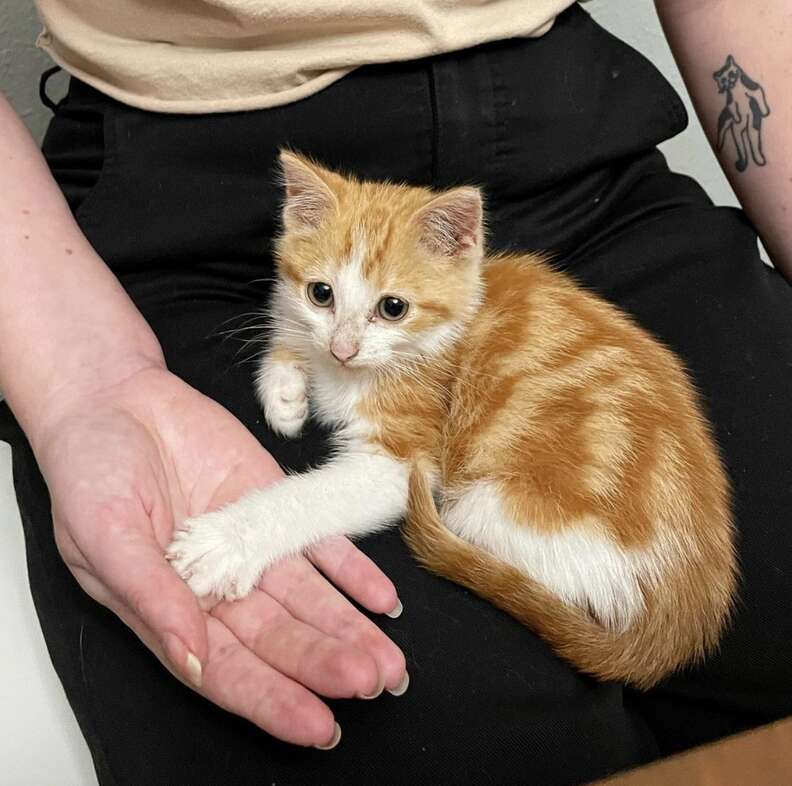 INSTAGRAM/ KITTENKONNOISSEUR
Scott-Hintz adopted Pickles over nine years ago. He’d been ear-tipped and neutered, so she knew he’d been part of a cat colony in his early life. For years, Scott-Hintz tried to help Pickles become a house cat, but she could tell he just wasn’t happy.

“He hid all the time, he’d never come out,” Scott-Hintz said. “Once he was able to have access to the outdoors, and able to spend as much time as he wants on our porch, he became a completely different cat.” 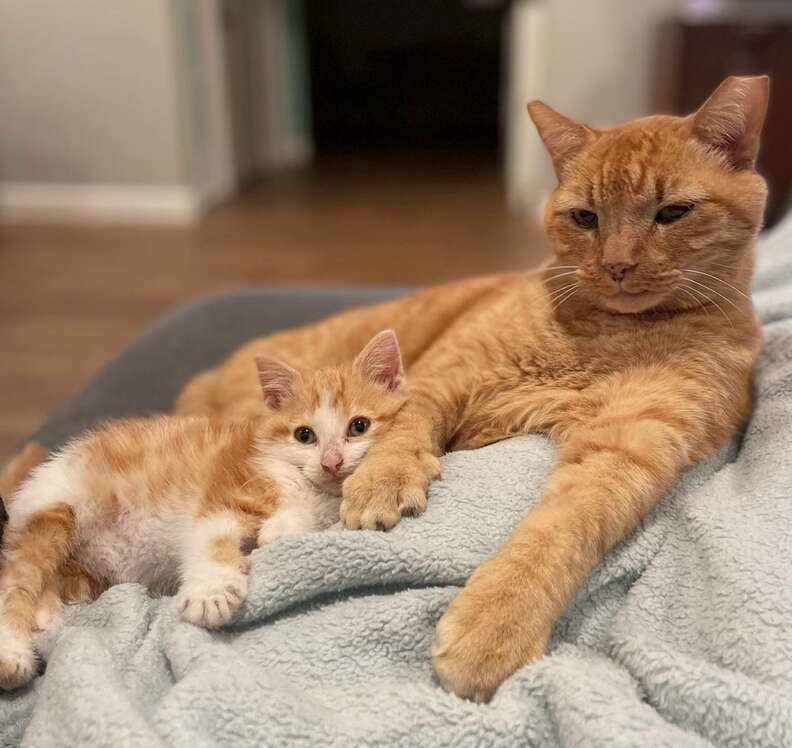 FACEBOOK/KITTEN KONNOISSEUR
Garfield turned out to have more health issues than Scott-Hintz first realized, and soon found himself back at the emergency vet.

After a difficult few days, Garfield returned home, and Pickles was overjoyed to see his baby again.

“As soon as he came back, Pickles groomed him amazingly,” Scott-Hintz said. “He was like, ‘You have to get clean. You’re disgusting.’ And if I tried to get Pickles to stop grooming him, Pickles would try to bite me. He was like, ‘Don’t touch the baby. Get away from him. I know what I’m doing.’”

“I wonder if Pickles could sense that something was wrong with Garfield,” she added.

As Garfield’s health continued to waver, Pickles’ attention never did. Pickles comforted Garfield through his health scares until, finally, it seemed the tiny kitten was on the mend.

“Now that Garfield is doing better, I can tell that Pickles wants to be near him, but he’s more relaxed about the situation,” Scott-Hintz said. “He’s not guarding him so closely.” 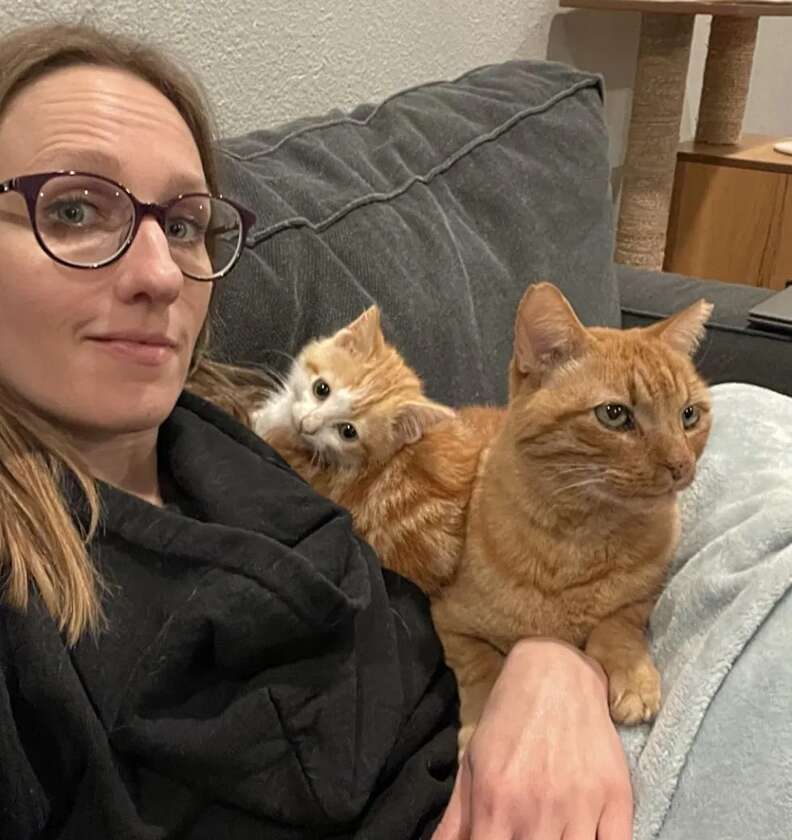 FACEBOOK/KITTEN KONNOISSEUR
Scott-Hintz has high hopes for their future, especially when she watches Garfield starting to return the favor and groom Pickles.

“I’m hoping that Garfield can make a full recovery and eventually find an amazing adoptive home,” Scott-Hintz said. “And I hope that Pickles can continue to be coerced inside and to teach Garfield how to be a proper cat.”