Brigitte Stevens never spends her mornings alone. There’s always a little friend right by her side, ready to keep her company.Her name is Issy and she’s a rescue wombat.Stevens is the founder of the Wombat Awareness Organisation, a sanctuary for wombats who can’t live in the wild.

The animal advocate found Issy hungry, injured and alone about three months ago while she was scouting around South Australia. Extreme climate change in recent years has made it very difficult for many species, including wombats, to survive in the region. Stevens soon realized that the little wombat was unable to make it on her own and needed her help.

“She was starving to death due to the state of her environment,” Stevens told The Dodo. “I didn’t even know if she was a girl or a boy, but I quickly had a feeling her name was Isabel.” 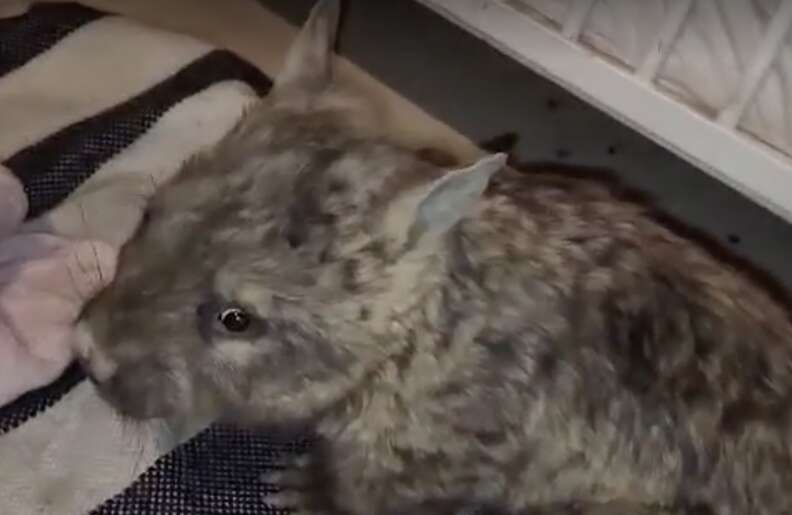 BRIGITTE STEVENS
Safe at the sanctuary, Issy soon grew attached to Stevens and wanted to join her everywhere she went, so Stevens came up with a solution.

“We have a big sanctuary and I didn’t want to leave Issy alone when she clearly wanted company,” Stevens said. “So I decided to take her with me in a baby sling.” 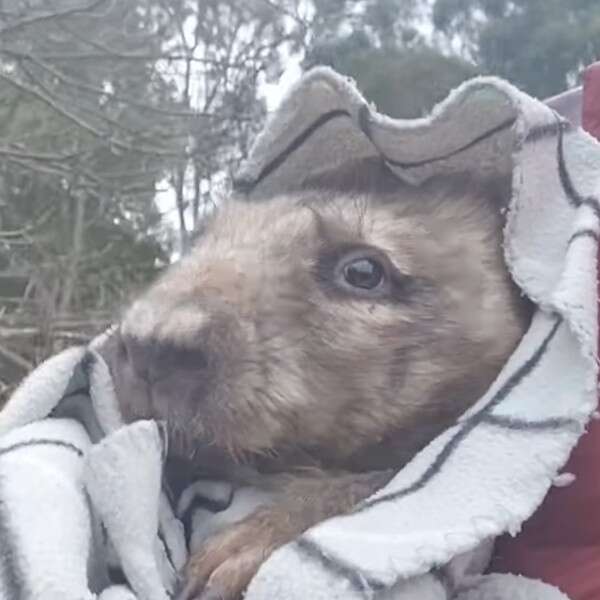 You can watch footage of their daily stroll here:

“She knows when I go to put my shoes on that I am about to leave,” Stevens said. “She sits at my feet, sometimes twirling around with her head up, for me to pick her up to take her with.”

Wombats usually avoid humans, but when Issy arrived at the sanctuary, she was exceptionally calm and open to letting Stevens help her.

“She acts like she has always lived here,” Stevens said. 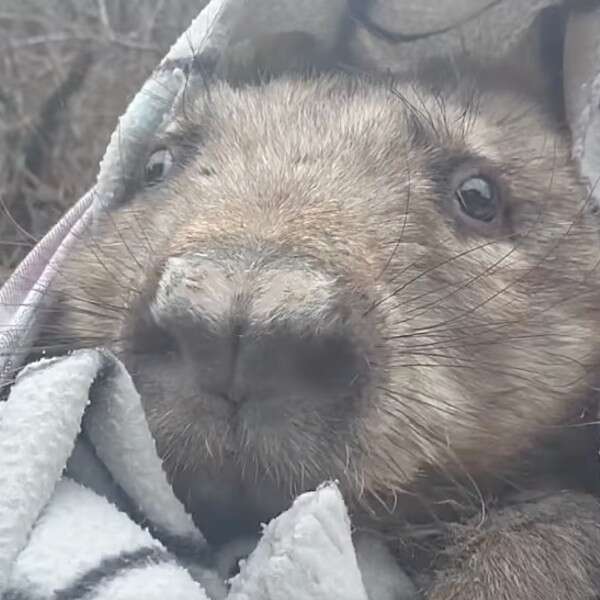 FACEBOOK/WOMBAT AWARENESS ORGANISATION
Issy likely enjoys the sling because it reminds her of the comfort of her mother’s pouch.

“I love that she feels so safe with me,” Stevens said. “She just seems so grateful.”

The little wombat never has to worry about being hungry or alone again, as she will spend the rest of her life at the sanctuary. She’s so happy to have a home and a snug sling to call her own. Meet Gringo, The Cat With The White Mustache